A little over a week ago, Vince McMahon made the call for WWE TV to go live each week from the closed-set WWE Performance Center.

With the ongoing coronavirus pandemic, this move caused concern with how much talent and crew would have to be flown in each week.

It initially was reported as WWE being proactive with staying “as close to live” as possible to keep up with the contracts they signed with NBC Universal and FOX. The fear was a financial change could be made if WWE was taping too many shows.

That all changed a couple of days ago when WWE decided it will tape its upcoming episodes of RAW, SmackDown, NXT, Main Event, and 205 Live from May 1 until at least July 8. One reported reason was was the safety of the talent and crew involved, cutting down on how much they would have to travel.

WWE has said to be doing “pandemic-level cleaning” at the WWE PC, along with safety measures such as, everyone wearing face masks when not performing, medical screenings before being allowed to enter any closed set, only allowing essential personnel on those sets, good hygiene and hand-washing for an appropriate amount of time, filming matches in waves, and following social distancing guidelines outside of performances.

Despite all of this, WWE has still received criticism for pushing forward during these uncertain times.

On the latest Wrestling Observer Radio, it was reported both NBC Universal and FOX told Vince McMahon this past week they would not cut WWE’s money — even if its first-run programming, that’s not live. Since the TV revenues were safe, the call was made to go back to taping shows.

Monday’s RAW will air live, as will Wednesday’s NXT and Friday’s SmackDown. Beginning this Saturday, April 25, the taping schedule will then begin. 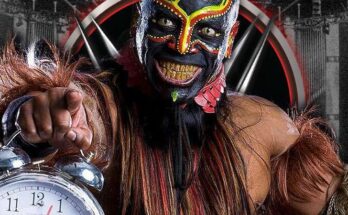 The Boogeyman Pushes For A WWE Return