AJ Styles has been named the Wrestler of the Decade by Pro Wrestling Illustrated and its readers.

Below is PWI’s interview with AJ on the award and the full cover photo. AJ is featured with his award on the cover of the June 2020 issue, which include the 2010 Decade Awards.

AJ, who is expected to face The Undertaker at WrestleMania 36, was named PWI’s Wrestler of the Year in 2018. Styles has not tweeted on the Wrestler of the Decade award as of this writing. 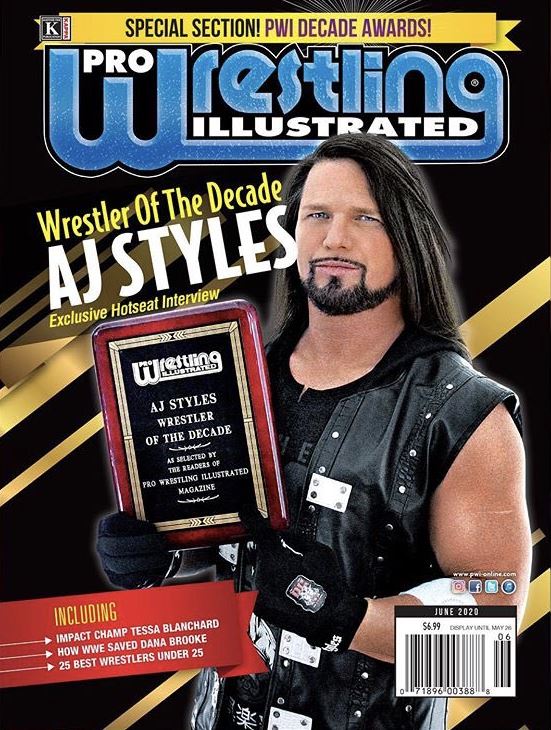