Jerry ‘The King’ Lawler was on The Steve Austin Show and he spoke about a lot of interesting things.

One thing that caught everyone’s attention was the difference between Monday Night RAW under Paul Heyman compared to what it was under Vince McMahon. The King revealed that the WWE Superstars now have more freedom in their promos and are not restricted.

He did make it clear that the characters are not changed as they are predetermined by the writers and the creative team. However, the Superstars are now allowed to showcase their personalities.

“Now that Paul Heyman is sort of in charge of RAW, it’s so much not the characters that are being predetermined by the writers or creative. They’re giving the guys a chance to be themselves just like [Austin was] back when [Austin] became ‘Stone Cold’ Steve Austin. Nobody was telling you, ‘oh, this is how it [has] got to be.’ [Austin was himself] and [he] was given that opportunity and [Austin] took it.”

‘Stone Cold’ Steve Austin acknowledged this and criticized the micromanagement that led to superstars being turned into ‘robots’:

“When you’ve got somebody micromanaging you and telling you every single thing to do, you kind of turn into a robot and you think, ‘am I doing this right? Am I doing this wrong? Am I screwing this up?'” Austin added, “you’re too much in your head.”

While some may not see the immediate changes yet, it’s a long-term process. Vince McMahon has reportedly taken a step back in order to concentrate on XFL, however it should be noted that the majority of the on-screen promos are scripted and Vince still and likely will always have the final say on the script for the show. 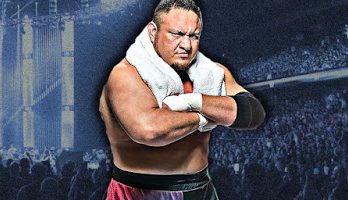