As noted, The Revival asked for their release yet again just last week. Dawson and Wilder wrestled on this week’s SmackDown so it is clear that the company has not granted their request.

Even if WWE does not grant them an early release from their contracts, it certainly looks like Scott Dawson and Dash Wilder will be leaving the company as soon as they can, possibly shortly after WrestleMania 36.

WWE has offered them a lot of money in an attempt to get them to stay and, as reported by Cassidy Haynes at BodySlam.net, the recent offer that was turned down by them was higher than the $700,000 offer that was given to Luke Gallows and Karl Anderson before they signed their new deals a few months ago.

Haynes was told that there have been “quite a few” offers made over the past year but The Revival are “just ready to go.”

Dawson’s deal will expire in April and Wilder has to wait until June to sign anywhere else since WWE added time to his deal due to time he had to take off when he was injured.

At this point, it looks like fans will see Dawson and Wilder wrestling for another company in a few months. All signs point to them jumping to AEW since they have friends there and they are using the same trademark lawyer what Cody Rhodes is using. 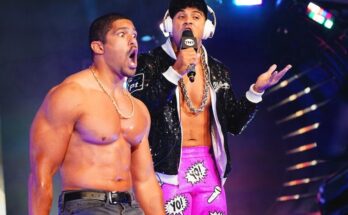