According to The Wrestling Observer Newsletter, Triple H had a meeting this week with former Impact star Killer Kross.

As per WON, the “betting line” is that Killer Kross ends up with WWE. His wife, Scarlett Bordeaux signed with WWE last year in November.

Last week, Scarlett hinted on Twitter about working with her husband again. She retweeted a photo and wrote, “I am the hand and he is the gun. Tick Tock”.

Impact Wrestling released Killer Kross in December. In May 2019, Kross had requested his release because of financial and creative issues with Impact.

Kross will be making his MLW debut on February 1 at MLW: Fightland. His opponent is former MLW World Champion “Filthy” Tom Lawlor.

I am the hand and he is the gun. 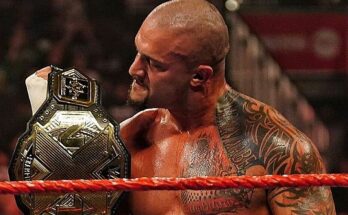