RAW drew a first-hour viewership of 2.550 million (compared to 2.525 million last week). The second hour dropped a bit to 2.409, as is typical. The third hour drew 2.195 for an average first-to-third hour drop-off of 355,000. (323,000 was the 2019 average drop-off.) The third hour opened with the follow up to the Lana-Bobby Lashley wedding, then some unadvertised matches with Charlotte, Drew McIntyre, and Aleister Black, and finally the six-man tag with the mystery partner reveal of Big Show.

– It looks like WWE fans are finally getting those WWE ice cream treats that CM Punk “demanded” the return of back in 2011.

The Good Humor ice cream company has added the new WWE ice cream treats to their website, but these are not the ice cream bars that have been mentioned over the years. These new items are cookie sandwiches with ice cream in the middle. The box bills them as, “Vanilla frozen dairy dessert between two vanilla wafers.”

The sandwiches come 4 to a box and feature Roman Reigns, John Cena, RAW Women’s Champion Becky Lynch, and WWE Hall of Famer Randy Savage, among others.

There’s no word yet on when the treats will be released, or if they are already out. The Good Humor website includes a zip code locator, but as of this writing there are no locations that carry the products within 100 miles of Los Angeles, New York City, or Greensboro, NC.

WWE originally released ice cream bars back in 1987, and then in 2008 for a few months. 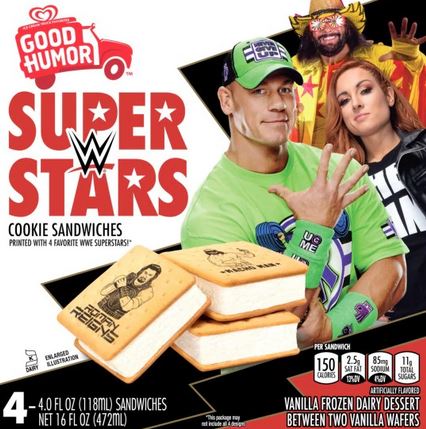 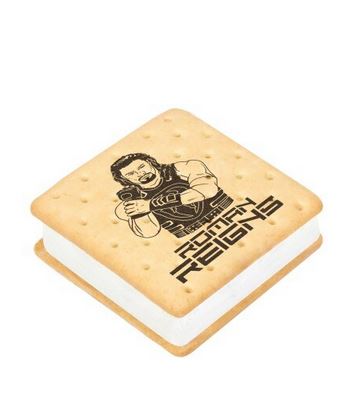