Mance Warner opens the show with a promo. He calls out Jimmy Havoc for the long bloody feud they’ve been trapped in over the last few months.

He says that Priscella Kelly may have helped him last time, but when they meet in Dallas Texas… things are going to get dangerous. “No ropes and barbed wire.” Warner promises to destroy Havoc.

Rich Bocchini and AJ Kirsch welcome us to another edition of MLW Fusion from New York City. They hype the evening’s card, which included Davey Boy Smith Jr. facing Alexander Hammerstone in an Opera Cup semifinal, and Contra Unit battling the STRONGHEARTS in the main event.

Tom Lawlor makes his way to the ring for an opening exhibition matchup. Crowd boos him heavily. Footage of Lawlor and Ross Von Erich running through the streets brawling from two weeks ago is shown. Lawlor gets on the microphone and calls the Von Erichs idiots and morons. “The only people dumber than them are sitting in this arena. I see a lot of fakes in this crowd.” Lawlor questions whether Marshall and Ross are really even Von Erichs. He then promises to defeat the greatest Von Erich ever… Rip Von Erich. Commentary has no idea who this guy is.

Lawlor calls for a test of strength but Rip can’t reach because his arms are too short. He grabs a headlock… Lawlor bounces him off and runs through him with a shoulder block. Trash talk from Lawlor. He tells Rip to try another shoulder tackle… he wins the exchange two more times. Lawlor deadlifts Rip by the arm, then stomps him back into the mat. Powerslam from Lawlor. Single-leg crab applied… Rip barely makes it to the ropes. Rip goes for a discus punch… Lawlor has it scouted… airplane spin… he locks in the rear-naked choke… and adds the iron-claw for insult. Rip is out.

Post match Lawlor tells fans that he is now officially undefeated against the Von Erich family. This brings out Ross and Marshall but they are jumped from behind by the Spirt Squad! Lawlor joins in on the beatdown. To add insult to injury, Lawlor steals Marshall’s cowboy hat. He throws it back ending the segment.

Footage of Contra Unit’s attack on the STRONGHEARTS from two weeks ago is played. A match graphic is shown once again hyping tonight’s main event.

Cut to footage of Richard Holliday and Alexander Hammerstone discussing how Gino Medina will join Dynasty. Salina de la Renta walks over and says that there’s nothing they could offer Gino that she already hasn’t. Hammerstone tells her to stop c**k blocking them. Salina laughs and walks away.

Interview with Davey Boy Smith Jr. He’s asked who the true power of MLW is. Smith admits that Hammerstone is the hardest-hitting competitor he’s ever faced, but that Smith’s endurance will help him outlast Hammerstone. Smith walks Hammerstone through the ways he can make him submit.

Back to the arena. MJF is on commentary with Kirsch and Bocchini. Alexander Hammerstone is out first for this Opera Cup semifinal. Richard Holliday accompanies him. Davey Boy Smith Jr. is second. Here we go.

Smith sends Hammerstone off the ropes… big boot and leg drop. Cover… only two. Smith lifts Hammerstone… German suplex. A second. He goes for a third… Hammerstone elbows him… Smith shakes it off and hits the final German. Hammerstone fires back with a combo strike. He sets up Smith for the Nightmare Pendulum… Smith transitions into the crossface… Holliday jumps onto the apron to distract him… Hammerstone goes for a pump kick but accidentally hits Holliday! Smith takes advantage and powerslams Hammerstone. He climbs… big knee drop. It’s over!

Davey Boy Smith Jr. wins by pinfall to advance to the finals

Afterwards Smith and Hammerstone go to shake hands… Holliday doesn’t like that and stops Hammerstone from doing it. The dissension in Dynasty continues. Smith celebrates as the crowd chants his name.

Promo backstage from Brian Pillman Jr. He’s asked about his next opponent… Timothy Thatcher. He says that like his father… he was an underdog. Kotto Brazil interrupts. He says that Injustice is undefeated, and that Pillman better be careful because they are alternates in the tournament.

Cut to world champion Jacob Fatu and Josef Samael. They call out the STRONGHEARTS. “Just like the Hart Foundation… the STRONGHEARTS will be broken and shattered by the global leaders in violence.”

A separate video package is played for Low Ki, as the show takes place in his hometown of New York.

Gotch and CIMA begin. Back and forth chops. Gotch brings CIMA down… CIMA snapmares him off and hits a dropkick. He traps Gotch in the STRONGHEARTS corner… running dropkick. Lindaman tags in. Drop-toe hold/splash combo. Gotch surprises Lindaman with an elbow on the ropes. He tosses him into Contra’s corner. Samael tags in and stomps Lindaman in the gut. Huge chop. A second. He misses the third… Lindaman lays into him. Samael manages to throw him back and brings in the champ. Fatu drops Lindaman with a headbutt. Decapitating elbow, followed by more headbutts. Gotch comes in and sends Lindaman flying with an overhead suplex. Quick tags by Contra. They are in control in the early going.

Lindaman tries to powerslam Fatu but he’s too big and collapses onto him for a nearfall. More right hands from Fatu. He bites Lindaman in the ear. Finally Irie tags in. Innovative offensive slingshot splash from Irie. Cover… Gothc kicks out. He goes for a Gotch piledriver… Irie sends him over with a back body drop. Samael runs in… Irie kicks him and piledrives him onto Gotch! Fatu jumps in… he and Irie trade lariats… neither man can get the advantage… they take each other out with crossbodies. Standing uranagi by Fatu. He follows up with his signature handspring moonsault. All six men begin brawling around the arena. Irie hits a suicide dive. Fatu with one of his own.

Back in the ring… STRONGHEARTS triple-team Fatu ending with Lindaman hitting a delayed German with pin… Gotch just breaks it up. Fatu catches CIMA with the elevated samoan drop, then his top rope moonsault for the win.

Contra celebrates in the ring.

Backstage… Tom Lawlor cuts another promo. He says he finally saw a glimmer of fight out of the Von Erich boys tonight. He says that Team Filthy is back open, and that business is booming. He challenges them to put their tag titles on the line next week against the Spirit Squad. 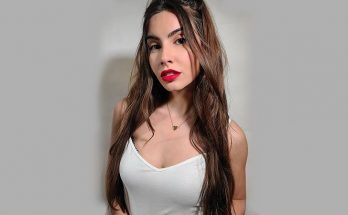