Styles entered the Rumble Match at #18 but was the #17 elimination, by WWE Hall of Famer Edge. The injury reportedly happened right before that elimination, according to PWInsider.

Styles suffered the arm injury after landing awkwardly on his left shoulder following the Spear from Edge. Styles came back up from the Spear, holding his left arm, and it appeared to be dangling. A referee stepped up onto the apron to communicate with Edge and Styles was tossed out right after that communication. Styles was then tended to by WWE officials and medics at ringside right after his elimination.

AJ was then seen in the backstage area after the match, with his arm wrapped up and ice on it. Word is that Styles will be undergoing tests to determine the severity of the injury and how much time he will need to take off, if any.

Styles has not publicly commented on the injury as of this writing.

AJ Styles On Bringing Jordan Omogbehin To RAW, Returning To “The Phenomenal Era” Of RAW 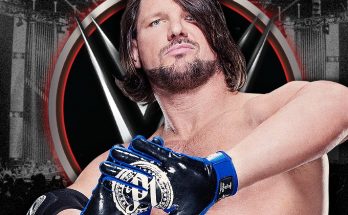