On the latest episode of After The Bell, Corey Graves made it quite clear that Charlotte Flair needs to go back to being who she was before, “The Queen.”

“In my opinion, Charlotte Flair has never felt less important than she does right now,” Graves said. “This is Charlotte Flair we’re talking about. She has a resume a mile long. In the few short years, she has cemented herself as one, if not, the greatest female superstar in WWE history. By the time it’s all set and done, I’m pretty certain we will be referring to ‘The Queen’ as such.

“But something about what’s been happening lately just feels off. This whole tag team thing with Charlotte finding a different partner week after week, it just doesn’t click. I’m not feeling it. It looks to me like Charlotte isn’t feeling it. You can see it on her face. Charlotte Flair looks like she is going through the motions and getting through the night. I don’t mean this as an insult; she’s a close friend of mine. I have all the respect in the world for Charlotte and I’m not saying anything negative about her or her ability. I’m saying, what is happening around Charlotte Flair has made her feel less than Charlotte Flair for some reason.”

Graves criticized the recent storyline with Charlotte and Becky Lynch all of a sudden being on the same page. Graves noted that he would like for Charlotte to go back to being “The Queen.”

“Despite the fact that they (WWE) spent the better part of last year trying to kill one another (Flair and Becky Lynch) and all of a sudden they’re just pals. Charlotte Flair and Asuka at WrestleMania a couple of years ago was maybe the match of the year. Charlotte Flair is one of the most exciting talents in all of the WWE. Maybe, even the best athlete in the entire business. Charlotte has the ability to be consistent. Let’s be honest here, Charlotte Flair carried WrestleMania 35 this year. Yes, ‘The Man’ Becky Lynch won. Yes, Becky got all of the spotlight and the accolades and deservingly so, but, let’s be honest, if Charlotte Flair was not in that triple threat match there is no way that match was merely exciting or as successful as it was. I will argue that point to the death. Charlotte Flair to me was the star of that matchup, because she’s a pro, and is highly talented. When she’s motivated, dare I say, untouchable.

“I miss ‘The Queen,’ my queen. The villainous that just kicked everybody’s a** because she was superior. I don’t know how to bring it back. I think it’s a tough thing to fix, but it needs to come back. Let Charlotte Flair take a little bit of a break. Let her take some time off and disappear from the public eye for a few months. Let everyone remember why they miss Charlotte Flair. Why she is who she is. Allow me to reiterate once more; I want ‘The Queen’ back.”

Charlotte took to Twitter to respond to Graves’ comments, writing, “The problem is: He’s not entirely wrong.”

The problem is: He’s not entirely wrong. https://t.co/1jVhA1oII9 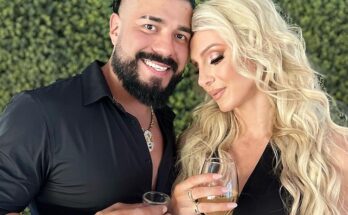