Thanks to the WWE brand split in 2016, the title was created and won by Lynch at Backlash in a Six-Pack Elimination Challenge Match against Alexa Bliss, Carmella, Naomi, Natalya, and Nikki Bella.

Bayley commented in the video below on achieving her new milestone.

“So, you sheep seem to be surprised that once against Bayley has made history in the WWE as the longest combined reigning SmackDown Women’s Champion,” Bayley said. “There’s 365 days in a year and I have been your champion for 217 of them. Don’t even mention the 49 days that Sasha Banks and I were the inaugural Women’s Tag Team Champions!

“99 days that I wasn’t a champion, you know what I was doing? I was being a role model for your kids. I was being a leader for this locker room. So, it’s about time you guys start to recognize what’s in front of you right now because I have taken over this decade. And I’m going into 2020 as your SmackDown Women’s Champion and as the best role model you have ever seen. Happy New Year’s, you idiots.”

On this past Friday’s SmackDown, Bayley teamed up with Sasha Banks to defeat Lacey Evans and Dana Brooke.

Bayley Calls Out The Bella Twins For Embarrassing Her 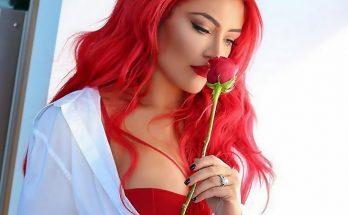 Eva Marie Responds To Shots From Bayley And Sami Zayn