Sasha Banks spoke with Cool Greg from We Have Cool Friends on YouTube about reestablishing her character.

Even though her character has gone from being a face to a heel, one thing is for certain, she still wants to remain “The Boss.”

“The Boss” gimmick was something that took Banks awhile to come up with. Prior to her being on NXT to WWE‘s biggest television platforms (RAW and SmackDown), Banks made her name known in FCW (Florida Championship Wrestling). During her time there, she struggled coming up with a character that would stand out against the rest. She mentions that Xavier Woods and Tyler Breeze helped her come up with the idea. However, it was up to Banks to finalize the gimmick. Banks recalls the time when was trying to create her larger than life persona, and how tough it was to get others on board with her idea.

“Once I went to NXT in Orlando, that’s where I really was taking up ‘The Boss’ stuff,” Banks recalls. “He (Woods) helped Breeze, and Breeze helped me. He said to create a list of characters, have 10 different ones, with different backgrounds and different names. The first one on my list was Sasha Banks ‘The Boss.’ I remember at promo class, I just kept on trying and trying and there were a couple of people that were like ‘What the hell is this? What is this character? I don’t get it.’ It’s funny because Dusty Rhodes was the first one to be like no, this is what we’re doing and Michael Cole also was a big supporter. He (Cole) was really behind me on this idea since day one.”

Banks adds that while she was in FCW, she only got to bring “The Boss” out twice before moving from where FCW was located in Tampa to Orlando. Since the company let the wrestlers have a couple of weeks off to move, Banks took that time to really sit back and think how she was going to make this Boss character pop. Her first idea came from the legendary rapper and her cousin, Snoop Dogg.

“My cousin is Snoop Dogg and people call him the boss, so, that’s where I got that nickname from,” Banks said. “I always felt like I was the best female wrestler in the company, but I just didn’t know how to show it, because I was so nervous, shy, and afraid to even be in front of the camera. Then one day I said no. If you want to be the best, then you better tell everyone you’re the best – and be larger than life.

“I started becoming confident in my voice. I started adding flashiness on to my costumes with the bling and the sequins, along with the sunglasses and jewelry. And also working with Dusty on promos each week helped bring out the sassiness that you see today.”

Speaking of Cole, Banks mentions that she thoroughly enjoys it whenever Cole says “It’s Boss Time” on commentary.

“I think it’s cool (about Cole yelling out ‘It’s Boss Time’), because I know that I’m about to get merchandise,” Banks giggles. “The more sayings, the more merch, the more money. I’m all about the money right now.”

Prior to hitting it big in the wrestling industry, Banks has mentioned about the many hardships she has had to face growing up. During her interview, Banks talks about a time when she was a little girl, and how she always wanted to have wrestling shirts and action figures but never got them due to financial instability.

“[On the topic of wrestling t-shirts], I rarely had a bunch of shirts because I was really poor growing up,” Banks stated. “For Christmas every year, I begged my grandma for an action figure and instead she would buy me Barbies. I was like that’s not what I wrote on the list. I want WWE action figures.”

One major highlight in her youth was when she and Snoop went to WrestleMania 28 together. She says it was at that event where she knew that she wanted to be a WWE Superstar.

“I remember going to WrestleMania 28 with him (Snoop Dogg) and sitting on the bus with him, and he was asking me ‘Who’s this wrestler? Who’s that wrestler?’ I would just name them like this (snaps her fingers quickly). I was like this is what I want to do when I grow up. I remember him telling me if this is what you’re going to do then go for it. It’s crazy to know that I went to WrestleMania 28 when I was 16 in Orlando, and then a couple of years later, he’s coming out with me to the ring. It’s a full circle. Dreams really do come true.” 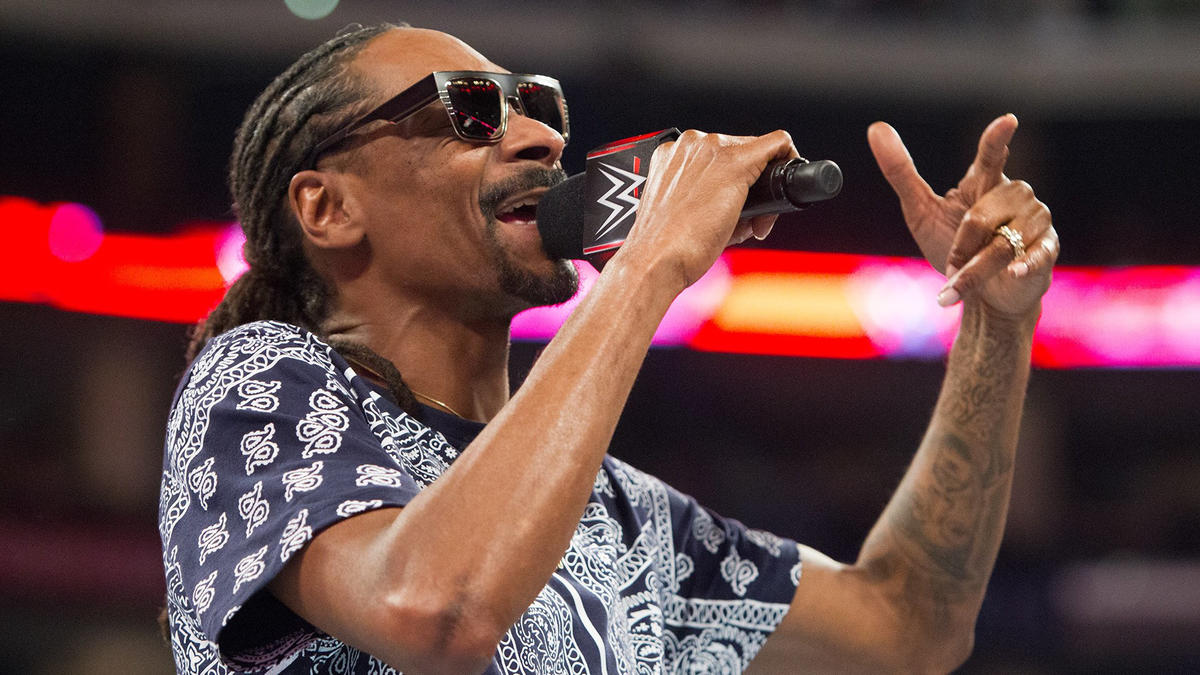