Balor, who got married to Fox Sports host Veronica Rodriguez last weekend, is currently taking time away from WWE but should be back in action this fall.

– Chris Jericho did exactly what he promised everyone he would do at AEW’s All Out event. He defeated Adam “Hangman” Page in the main event of the night to become the first-ever AEW World Champion.

Jericho was obviously feeling good about himself after his big win, but Baron Corbin had a very interesting comment on Instagram about Y2J’s big night as he posted:

“All of these smarks have hated and complained about everything we do. Now they are forced to love everything these guys do, even when it’s the exact same thing. It really shows how dumb they really are.”

This comment appeared on a post complaining about AEW picking a 49 year old Chris Jericho as their first-ever AEW World Champion.

We’ll have to see how the Wednesday Night Wars turn out, but at this point it doesn’t sound like AEW has impressed Baron Corbin at all. 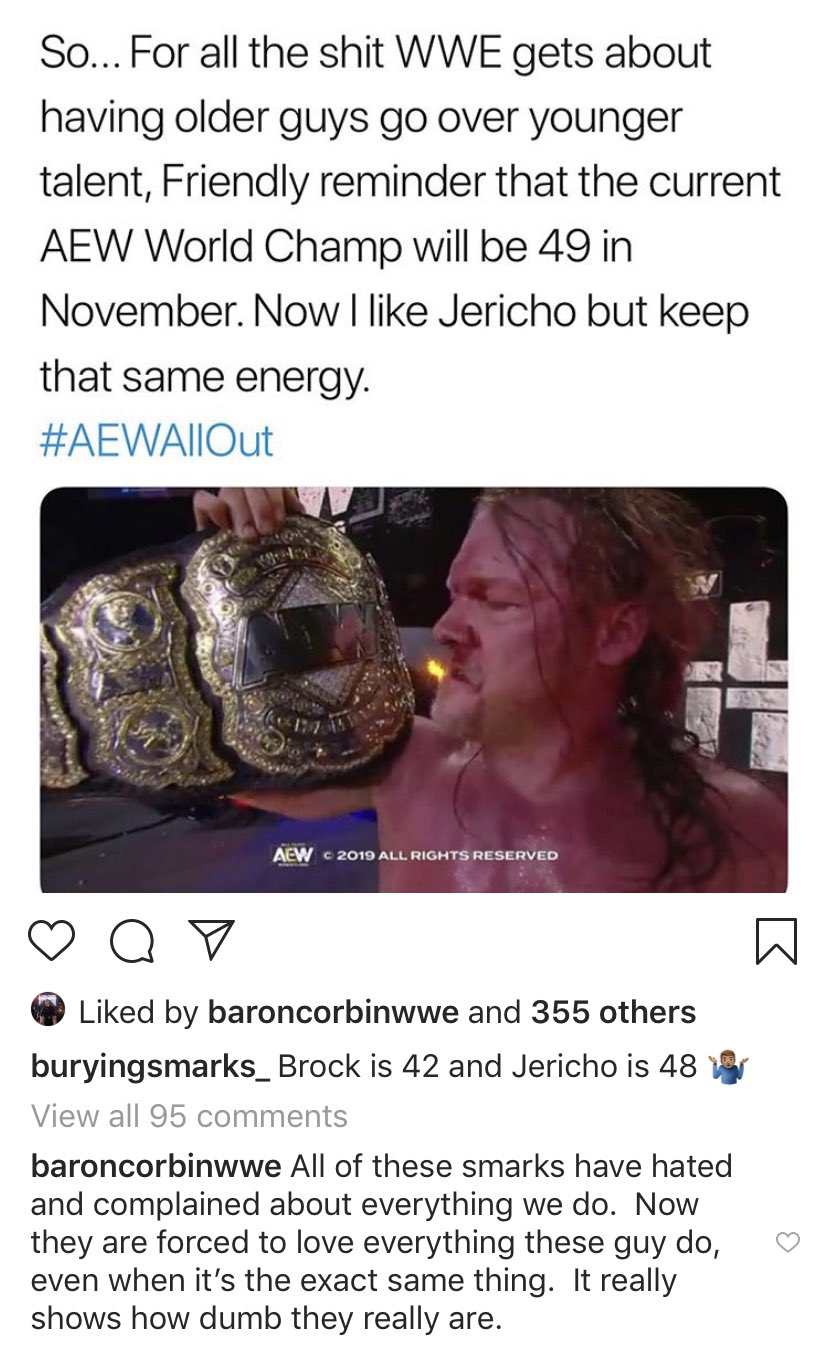 Parker Boudreaux Is Officially All Elite