Phillips announces that earlier today that Finn Balor has been battling an injury and he won’t be cleared tonight to compete. So, fans will find out who Shinsuke Nakamura will compete against.

This leads into introducing the WWE Intercontinental Championship title match.

Nakamura takes a microphone and says “No Finn. I win by forfeit.” The referee begins the count and the music of Ali’s plays. He steps into the ring and says that he’ll take Balor’s place instead.

Shinsuke Nakamura (c) vs. Ali for the WWE Intercontinental Championship

The bell rings, and Nakamura puts Ali in a side headlock. He then pushes Ali and yells at him to “come on.” Ali fights back and then mimics Nakamura with the “come on” gesture. Nakamura kicks Ali while he is on the apron and kicks him off. Nakamura steps outside of the ring and knees Ali in the face, who is now in the ring.

Nakamura goes for Bad Vibrations on Ali in the corner. Nakamura lifts up Ali and lands him down on the mat face first. He then goes for a few knee strikes on Ali. Nakamura goes for the pin…Ali kicks out at 1. Next, Nakamura puts Ali in a headlock. Ali goes down on one knee. Ali fights back and is able to get out of the headlock. Both men are on their feet now and Ali goes for a few right hand hits to Nakamura. Ali then plants Nakamura face first on to the mat. Double knees to the chest of Nakamura from Ali, after Nakamura gets back up and hangs in the corner of the ring. A sliding German Suplex comes from Nakamura to Ali to bring him down. That does not last long, as Ali goes for a satellite DDT and pins Nakamura. Nakamura kicks out at 2. After a few counters, Nakamure plants a Kinshasa and pins Ali. 1-2-3, Nakamura retains.

– In the back, Samoa Joe says that tonight he will put down Kingston and Ziggler and become the new WWE Champion.

– Elias is in the center of the ring. He wants his microphone to be turned up more so the audience can here him. The production still has not turned it up so he yells at them again. He does some improv playing on his electric guitar. It has a bluesy sound.

After he is done playing, he says that Nashville has been a special place for him, especially since he got to meet Johnny Cash awhile back. He says that Cash told him that the Tennessee Titans will never make to the Super Bowl. A loud boo comes from the crowd. The first official song he is going to play is dedicated to Shane McMahon. The fans continue to boo. He says that if they continue to boo, he will just leave the ring entirely. The fans begin to cheer. Then for a few minutes he goes back and forth between the ring and back to his seat. The fans take turns cheering and booing. He then gives in and says that he’ll play anyway. His song focuses on all the good qualities that Shane McMahon has. He stops midway and says that Vince McMahon is calling him. He answers it and says that the fans are not booing him (McMahon).

He continues on with his song for Shane and says that he’ll beat Kevin Owens at SummerSlam. Coming up from behind Elias, is Owens himself. He starts playing one of his guitars. Elias runs to attack Owens, and Owens counters back. Owens grabs a microphone and asks if Elias can “just shut his stupid face.”

Owens issues a match against Elias. He asks if a referee can come to the ring and help start up this match. A referee comes out and tells the ring announcer that the match between Elias and Owens is official.

As the match begins, Elias goes for a hit. Owens counters it. Elias then goes out of the ring. On the apron, Elias tries to hit Owens, Owens then throws a hard right, causing for Elias to fall off the apron. With Elias already in the ring, Owens tries to go back in and Elias kicks Owens right in the face. Now both men are back in the ring. Elias on the top rope walks across it halfway with the help of Owens, which then leads to a double knees take down.

Now both men are on the top rope. Elias trying to lift up Owens, Owens headbutts Elias and he falls to the mat. Elias after some time gets back up and goes to the top rope and jumps to try and land an elbow on to Owens. Owens moves out of the way. Owens then goes for a stunner and a pin, Elias doesn’t kick out. Owens takes the win for the night.

– Sarah Schreiber asks Kofi Kingston how he is feeling about the match tonight, and how he has the odds stacked against him. He says that this does not bother him. He knows that he is going to walk to the ring champion, and leave Smackville the champion still.

Kofi Kingston (c) vs. Dolph Ziggler vs. Samoa Joe for the WWE Championship

Joe holds Kingston will Ziggler throws a hit. Kingston is able to get out of it with a headbutt to Joe. Kingston climbs to the top rope and lands a right on Ziggler. A boom drop to Ziggler from Kingston is next. Joe makes it back to the ring to plant a Samoan Drop on Kingston. Joe then lifts Kingston up to the top turnbuckle.

Next, Kingston and Ziggler throw back and forth forearm hits. Ziggler then Zig Zags Kingston, it’s a success. Ziggler goes for the pin and Kingston kicks out. Joe is now back in this and attacks Ziggler. Kingston lands a Trouble In Paradise on Joe. Kingston goes for the cover and 1-2-3, he retains the WWE Championship. 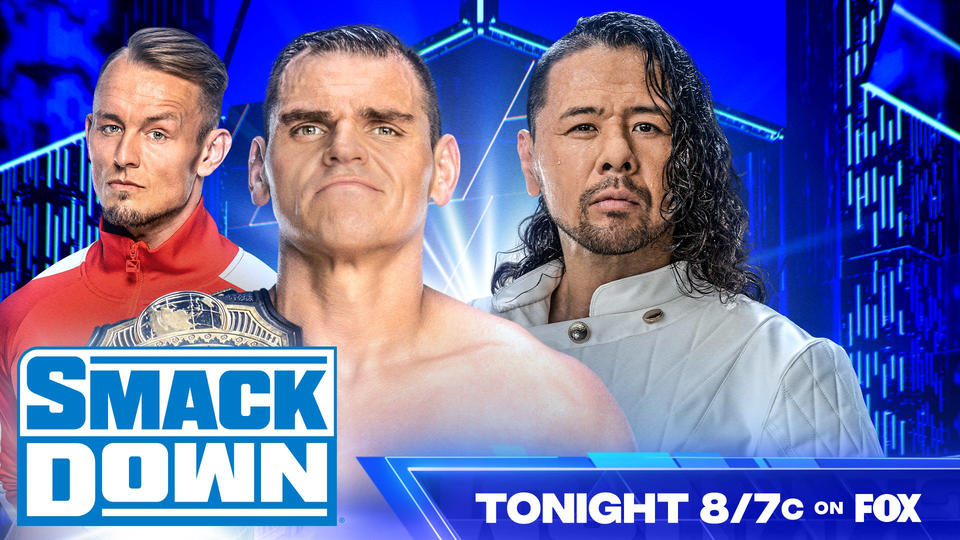