Sami Zayn vs. Aleister Black has been announced for WWE SummerSlam.

Black did a backstage promo on tonight’s SmackDown where he called on another Superstar to pick a fight with him. Sami Zayn would then answer that challenge in another backstage segment, saying he will beat Black and expose him for being all hype.

Another big match was confirmed for SummerSlam on tonight’s SmackDown episode – Charlotte Flair vs. WWE Hall of Famer Trish Stratus. You can read more details via Womens-Wrestling site at this link.

Tonight’s SmackDown was set to close with Roman Reigns issuing a challenge for the WWE SummerSlam pay-per-view but he never got the chance as they did an angle where a mystery man tried to push a structure over on him.

There’s no word yet on who Reigns will face at SummerSlam, but it’s believed that he will face Samoa Joe. It’s possible that Joe was behind the angle. 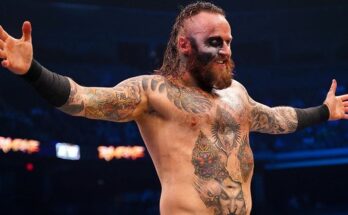