After The Undertaker and Roman Reigns defeated Shane McMahon and Drew McIntyre at Extreme Rules, Philadelphia 76ers Communications Vice President Dave Sholler tweeted a photo of Taker and Reigns standing tall over a fallen McMahon. In a now-deleted tweet, Punk replied, “Is that a fan that jumped in the ring?”

Punk had been using the “Best in the World” monicker in WWE since he delivered his pipe bomb promo in 2011. McMahon started referring to himself as the Best In The World after winning the World Cup tournament at Crown Jewel last November in Riyadh, Saudi Arabia. Punk noted during an interview with the Sauce & Shram show this past April that McMahon using the phrase was probably a shot at him.

“I think he’s been calling himself the best in the world,” Punk said of McMahon. “And this is the funny thing about the company, is I could say, ‘Yea that’s a little shot at me,’ And you know, it probably is, but they’d deny it until the cows come home.” 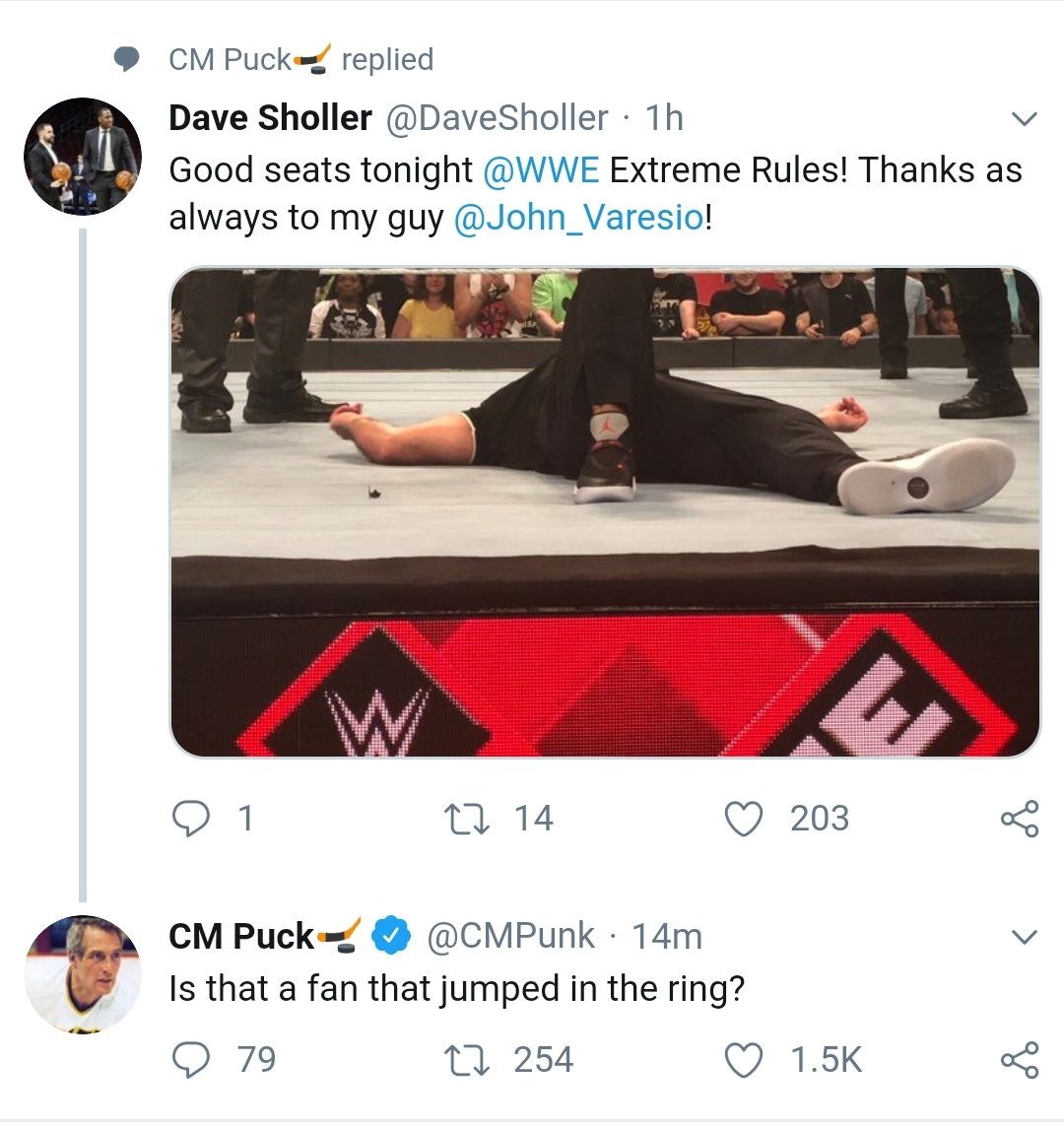 Punk Vs Moxley Still Planned For AEW All Out?