– WWE United States Champion Rey Mysterio was in Birmingham, Alabama on Monday, according to PWInsider.

Rey was likely meeting with WWE doctors about the separated shoulder he suffered during the short match with Samoa Joe at WWE Money In the Bank on Sunday. As noted, WWE will address Rey’s botched pin on Joe and the status of the title during next Monday’s RAW episode.

– Waffle House restaurants took a shot at the new WWE 24/7 Title on their Twitter account last night. They compared the front of the title to their 24/7 sign.

As seen below, the restaurant wrote, “Somewhere in Georgia we are missing our 24/7 sign… @WWE”

You can see their related tweets below:

Somewhere in Georgia we are missing our 24/7 sign… @WWE pic.twitter.com/WaIKtkWysa

Pretty sure it’s the go to place after every WWE event in the south.

– Ric Flair will reportedly be making his first public appearance since undergoing successful heart surgery earlier this week. Flair is still scheduled to appear at SCWPro’s To Be The Man on May 31st at the Rust Belt in East Moline, IL.

“We’ve been in constant contact w/ representatives for @RicFlairNatrBoy & we’re happy to announce that we’ve been told his appearance at our debut event at the Rust Belt on May 31st is STILL ON!” SCWPro tweeted. “You can’t keep a legend down!”

Flair was hospitalized last Thursday and was set to undergo surgery the following day, however the operation was postponed until this past Monday due to some complications that there were working around. Flair’s wife, Wendy Barlow, told TMZ that the operation was a success.

Flair was originally scheduled to be the guest of honor for a roast at Starrcast in Las Vegas this Friday, however TMZ reported that he had to cancel the appearance because he will not be healthy enough to make the trip from Atlanta to Vegas.

We’ve been in constant contact w/ representatives for @RicFlairNatrBoy & we’re happy to announce that we’ve been told his appearance at our debut event at the Rust Belt on May 31st is STILL ON!

You can’t keep a legend down! 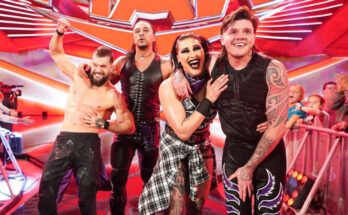 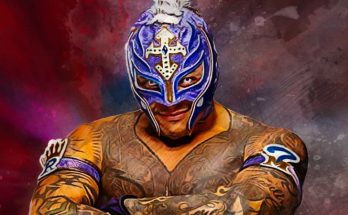