As seen below, Cody Rhodes spoke about AEW’s weekly show on TNT, how things are between him and WWE, and how far out they are looking to plan storylines in AEW.

Earlier this month it was announced AEW will team up with TNT this fall for a weekly show. Rhodes also noted it will be a live, two-hour show that will tour, as opposed to being in one set location.

“It’s really likely the show is going to be two hours,” Rhodes said. “That’s the sweet spot. In terms of the schedule we’ll find out probably within the next few months for sure and it will be in a great spot to be in prime time on TNT, they’ve really set us up. Now you’ve got to go deliver the bell to bells and the sports-centric. Another thing that is really cool is you’ll be able to find out per market where we’re going to be all around, this isn’t going to be be something that is just stationed in one spot. This is a touring brand. We’re really, no pun intended, going all in on the concept of it and it’s so special because we aren’t doing a live event system so when we come we’re bringing our absolute best from match quality to star quality. I feel like I’m giving away a lot here. Did Tony already say it? It’s two hours, live.”

As one of the Executive Vice Presidents of AEW, Rhodes was asked if he’s still on good terms with WWE. Rhodes felt he’s probably not at this point, but believed the Rhodes Family was always kind of an opposing force to the corporate world of WWE.

“I would think I do, but it’s dawning on me that I likely don’t if that makes any sense,” Rhodes said. “I would think that we are still. I learned a lot there, I had a great time, I met my wife and I also got to wrestle some of the best. The Undertaker was still pretty active, I got to be in there with Taker. Shawn Michaels was active, I got to be in there with Shawn and Hunter himself. But I don’t know maybe I’m not too well received. We were kind of always the enemy, me and my family. We were like the bastard family of wrestling. Dusty was always an individual, he never really fit into the corporate structure. He did great there and they really took care of him but I think we were always kind of the enemy.”

A typical complaint from fans (and some who worked for the company) is WWE’s inability to plan out long stories, often times switching up plans at the last minute. Rhodes says they have a solid grasp on things for the next six months to a year. He also said Matt Jackson is a big proponent of if someone or something causes a buzz with the fans, they aren’t going to sit on it. 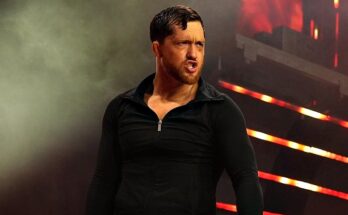