AEW has released a new promo for their All Out pay-per-view, which takes place on Saturday, August 31 from the Sears Centre near Chicago.

Some fans certainly noticed the fact that AEW decided to throw some stars on their graphic for ALL OUT. This might not have been that big of a deal, but those stars seem identical to the ones CM Punk has used for years.

The Chicago flag does have stars on it which is why CM Punk used them as the Second City Savior, but it is still incredibly interesting. As noted, ALL IN took place in Chicago and there were NO STARS on that logo.

We will have to wait and see what happens next, but AEW might have another big surprise coming on August 31st as they go ALL OUT. 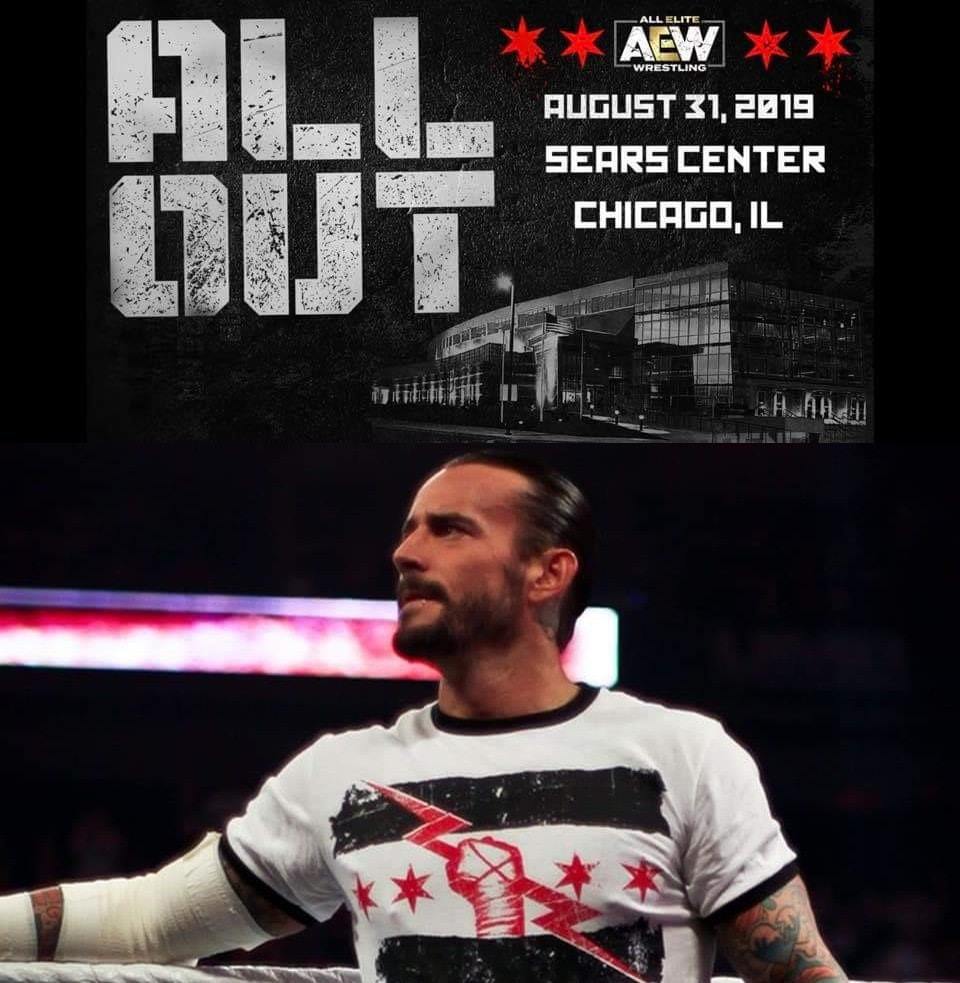