The Miz spoke with Sports Illustrated and defended WWE against John Oliver’s criticism from the recent “Last Week Tonight” rant on HBO.

Miz said people taking shots at WWE during WrestleMania Season is expected. The A-Lister also said he’s been with WWE for more than 13 years and he lives a pretty incredible life because of it.

“Who doesn’t take shots at WWE, especially when WrestleMania is around? All the news is about that,” Miz said. “The way I look at what he said, and I don’t know all of it verbatim… I’ve been there for 13+ years. I met my wife in WWE, and we now have a child together, and trust me, I live a pretty incredible life. It’s not every day where you get to go out in front of 80,000 people and either have them boo or cheer you, but be interactive. We get to create moments that last a lifetime. And the way I’m treated, I’ve got to perform in movies with WWE Studios, I have my own reality show ‘Miz & Mrs.’ on the USA Network, which you can see every Tuesday. I’ve been so fortunate of everything that WWE has given to me.

As we’ve noted, Oliver once again called out WWE, this time for how the WWE Superstars are treated by the company and their status as independent contractors. He also suggested fans use their voice as they did with the “#GiveDivasAChance” movement, noting that there’s potential for fans to make signs and create chants at WrestleMania 35 to help push long-term healthcare for the wrestlers, and for the wrestlers to be classified as actual employees instead of independent contractors. 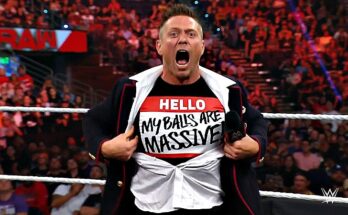 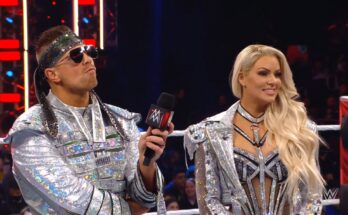