Kofi Kingston is set to face Daniel Bryan at WrestleMania, and he capped off SmackDown Live with a pretty intense contract signing but… it turns out the contract he signed was for another date!

The last time we checked WrestleMania did not go down on March 10th, 2019, but that is the date on the contract Kingston signed. You can see it pretty clearly in the screengrabs from Pro Wrestling Sheet.

This was likely a botch on the production’s part, but conspiracy theorists are going to probably start turning this into another way to screw Kofi Kingston. 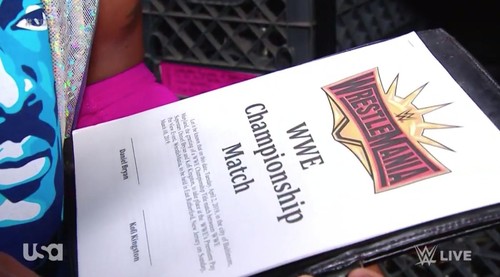 anyone else notice that kofi is going to sign a contract that states he gets a match with daniel bryan on march 10th 2019?

Kofi Kingston Not Sure What His Plans Are For WrestleMania 38