During the podcast, Booker T expressed his elation over Kingston’s championship victory. Even though the Reality Of Wrestling founder claimed that having a black WWE Champion is “long overdue”, he is ultimately happy for Kingston, the first African-born WWE Champion in the promotion’s long history.

“I loved it, man,” Booker said. “It was something long overdue, but Kofi Kingston did it and that’s the only thing that matters at the end of the day. So yeah, yeah, it was great.”

On the subject of Graham’s critical Facebook post suggesting that Kingston to take steroids, Booker T purported that Graham is out of touch with today’s pro wrestling before explaining that it is irresponsible to recommend drugs to people and Graham of all people should know the dangers of drug abuse.

“‘Superstar’ Billy Graham said some disparaging things about Kofi Kingston and the thing is, man, these old guys need to wake up and realize their era is over,” Booker argued. “Do you know what I mean? It’s over! And to bring steroids into a conversation as far as what a man needs to do to get to the top in the [pro] wrestling business. Man, there is more to life than the wrestling business. What about your health?

“I respect ‘Superstar’ Billy Graham for what he accomplished in the business and what he said about me, but ‘Superstar’ Billy Graham throwing that kind of talk out to a man who just [made] history, man… he just made history and this is how you want to throw shade on his moment by telling him this is what he needs to do because he’s not muscled up, because he’s not jacked up like you were, like back in the 70s or early 80s? [WWE] have a wellness policy now. They want to keep these guys alive! We’ve lost so many soldiers along the way because of steroids and drugs and for this man to say another man needs to get on drugs to be successful, he is successful! He’s the WWE Champion! I don’t think drugs will do anything for him and I think the right choice was made. And, the one person above all, ‘Superstar’ Billy Graham should know what steroids do to the body. I mean, in 2006, he was hospitalized with issues. In 2010, hospitalized with liver problems and then said he only had a year to live. Then in 2012, he was diagnosed with liver problems. 2013, hospitalized for double pneumonia. 2014, rehospitalized for liver complications. 2016, hospitalized for internal bleeding! Come on, man! Wake the hell up!” 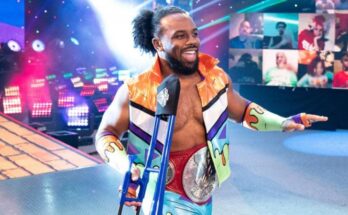