Ali needed ringside medical attention after being eliminated during the 6th Annual Andre the Giant Memorial Battle Royal at WrestleMania 35.

He was eliminated after match winner Braun Strowman delivered a big boot to both Harper and Ali while they were on the apron. Ali landed hard and hit his head on the announce table.

Ali could be seen down on his back while medics tended to him several minutes later when Strowman was celebrating with the trophy.

Ali appeared to be fine when he was later shown backstage with other Superstars as they cheered new WWE Champion Kofi Kingston on during his match with Daniel Bryan.

Ali made post-match tweets that said he was “alive” and “indestructible.”

Below are tweets of the bad landing and Ali being checked on in the background, along with his comments:

Celebrating like only a GIANT can. Congratulations to this year’s #AndreBattleRoyal winner, @BraunStrowman! ?? #WrestleMania pic.twitter.com/QEQK72KZ4x 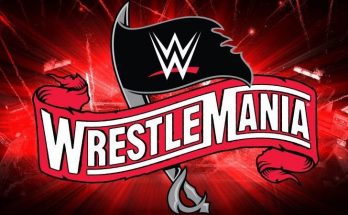