We are live from the Bankers Life Fieldhouse in Indianapolis, Indiana, as The Miz makes his way to the ring to start the show.

We see what happened last week when Shane McMahon made the match between him and Miz.

Miz says he has been laser focused on one road for the last ten years, the Road To Wrestlemania. But at what cost? He has taken advantage of people and sacrificed every relationship in this business except with his wife. That is what his friendship with Shane McMahon meant to him. It was all to prove to one man to make him proud of him, his dad. When his dad was in the ring with him, it was the first time he heard him say that he loved him and was proud of him. Shane made that happen. Miz says he gave Shane his dream of being a tag team champion. Miz says that he was warned about Shane.

Miz says at Fastlane, Shane McMahon attacked him from behind in front of his 68 year old father. Miz says his father watched Shane decimate him. What human being would do that? Then Shane put his hands on his father. Shane grabbed him by the throat while asking for help for his son. He calls Shane rotten to the core, like his father. You weren’t born best in the world, you are a McMahon, you were born worst. You think you are something special because you are a billionaire and can do whatever you want. You may own this company, but you don’t own him. You don’t own Kofi.

Miz tells Shane that he deserves the one thing that he earned by himself, an ass whipping at Wrestlemania.

– We go to the ring and out come WWE Women’s Tag Team Champions Sasha Banks and Bayley for their first blue brand appearance since winning the titles in February. We go to commercial.

We are back and The IIconics are out. Billie Kay is surprised that Bayley and Sasha are on Smackdown. Peyton says they look strange and small in their ring. It is like their parents paid for them to get into an Ivy League School they couldn’t get into. Peyton says they even went to NXT. Billie points out that they were run off on Raw by Nia, Tamina, Natalya, and Beth. Peyton says they will have to face the best tag team in unfamiliar territory.

Sasha Banks and Bayley vs. Peyton Royce and Billie Kay in a Non Title Match

Billie and Bayley start things off and they lock up. Peyton tags in and Bayley gets out of the corner. They lock up and Peyton with a knee and forearm followed by a kick. Peyton swings at Sasha on the apron. Peyton goes to the floor but sees Sasha and returns to the ring. Bayley with a clothesline for a near fall. Sasha tags in and Sasha kicks Peyton and Billie tags in. Sasha sends Billie into the turnbuckles and tags Bayley in. They hit a cross arm clothesline and Bayley follows with a clothesline for a near fall.

Lacey Evans makes her way towards the ring as Billie hits Bayley from behind. Lacey is forced to turn around because of the force field around the ring. Peyton makes the blind tag and gets a near fall.

Peyton with elbows to the collarbone and follows with a side head lock on Bayley. Peyton sends Bayley into the turnbuckles and Bayley with a boot to Peyton. Peyton with a spinning heel kick for a near fall. Billie tags in and they kick Bayley. Billie with another kick and forearm to the back. Billie chokes Bayley in the ropes and Peyton tags in and kicks Bayley. Bayley with forearms and Peyton with an Irish whip. Bayley with a rollup for a near fall. Peyton sends Bayley to the floor.

Rey Mysterio is in the locker room and he is asked about his plans for Wrestlemania. Rey is joined by his son Dominic. Rey says after pinning Samoa Joe last week, he will face Joe for the United States Title at Wrestlemania. Dominic is asked about his father facing Samoa Joe. Dominic says that Joe is a bully and he will be in the front row watching his father take care of a bully.

Kevin Owens makes his way to the ring for the KO Show with his guests Charlotte Flair and Becky Lynch. But first… We go to commercial.

We are back and Kevin is in the ring and he welcomes everyone to the new and improved Kevin Owens Show. Kevin points out the new fancy graphics and improved because of the way that he is dressed. Kevin says it has been quite the bumpy ride and it looks like it is going to get worse. Kevin mentions that he calls Wrestlemania KOMania and this year it is all about Kofi. Kevin says he will watch that match closely tonight to see if Kofi can face Daniel Bryan at Wrestlemania.

Kevin welcomes his guests and he says nobody knows better than him that friendships can go wrong. No one can get under your skin more than your best friend. A lot of things have been said back and forth over the last few months. Kevin brings up a few things that have been said. Kevin brings up Ronda Rousey and how Ronda called Becky a joke. Ronda said that WWE could make this a handicap match with Charlotte and Becky against Ronda and it would be fine. Kevin says that Ronda attacked security and Ronda’s husband had to intervene.

Kevin points out that Ronda is not here but Charlotte is. Kevin says that Becky said that Charlotte and Becky are the chosen ones and Charlotte was shoe horned into the match and does not belong.

Charlotte says she would beat the holy hell out of Becky. Kevin leaves the ring before he lets Becky answer Charlotte’s statement.

We cut to the back for AJ Styles with the two girls still fighting. AJ is asked about his match against Randy Orton at Wrestlemania. AJ is asked if he has what it takes to beat Randy. AJ says Randy has advantages most of us in the WWE do not have. He is a third generation star and is more agile than most people his size. Randy is a great wrestler. The difference is that Randy is a first round draft pick and AJ is a walk on. Look at him now. On April 7th, Randy will be standing across the ring from someone who did not have his advantages. He says that Randy will have the home field advantage. AJ says he is not coming to Wrestlemania to build, he is coming to tear the house down. AJ wishes Kofi good luck tonight.

– Daniel Bryan makes his way to the ring with Erick Rowan as we go to commercial.

We are back and Daniel Bryan talks about injustice. Kofi Kingston says being in this gauntlet match is an injustice. Kofi Kingston does not deserve the opportunity. Daniel says he knows what it is like to have the deck stacked against him and have the authority hold him down. That is not what has happened to Kofi Kingston. Kofi was chosen to replace Mustafa Ali in the gauntlet match before the Elimination Chamber. He was hand picked and given an opportunity that he had never earned. In that gauntlet match and in the Elimination Chamber, Kofi fought valiantly and he lost both times. Kofi has earned nothing.

Because Kofi Kingston, unlike him, is nothing more than a B+ player. That is okay for all of you because to all of you B+ is good enough. That sounds like a good idea for a shirt to go with all of the crap people don’t need to buy. B+ is not good enough. No matter how much you chant for Kofi, it won’t change the fact that he lost in the gauntlet and Elimination Chamber. When Kofi was given another chance at Fastlane, he lost again.

The music interrupts and out comes The New Day’s Kofi, Big E and Xavier Woods. Kofi rushes the ring as Bryan and Rowan exit. It’s time for the main event.

Kofi Kingston hits the ring to pose as fans chant his name. Rowan and Bryan look on from ringside. The music hits and out first to face Kofi are The Bar, Cesaro and Sheamus. We go to commercial.

We see The Usos with Big E and Xavier in the back. Sheamus sets for the Brogue Kick and Kofi moves and gets a near fall with a rollup. Kofi with Trouble in Paradise for the three count.

More wrestlers join the watching party in the back as Cesaro continues to work on Kofi’s back. Kofi with kicks but Cesaro with a double leg take down and giant swing. Cesaro with the Cloverleaf on Kofi. Kofi tries to get to the ropes but Cesaro pulls Kofi into the center of the ring. Cesaro turns the Cloverleaf into a suplex and Cesaro gets a near fall. Cesaro tries for a Boston Crab but Kofi blocks it. Cesaro with a single leg crab with his knee in Kofi’s back. Kofi kicks Cesaro in the head. Cesaro sets for the Gotch Style Neutralizer but Kofi with a back body drop and Cesaro lands on his feet. Kofi with SOS for the three count.

Rowan with a bear hug on Kofi and he runs Kofi into the ring post. Rowan sends Kofi over the ringside barrier into the timekeeper’s area. Rowan looks at the announce table and he hits the clawslam through the announce table. We go to commercial as Joe marches to the ring.

Kofi with a forearm and he lands on his feet on a belly-to-back suplex attempt. Kofi with a double leg take down. Joe chops Kofi in the back and Joe puts Kofi on the turnbuckles. Joe sets for a Muscle Buster but Kofi counters and gets the three count.

Joe applies the Coquina Clutch on Kofi in the ropes. Officials finally get Joe to release the hold but Kofi is out in the ring.

Randy Orton slowly makes his way to the ring as we go to commercial.

We are back and Orton punches Kofi on the turnbuckles and connects with a European uppercut. Orton sets for a superplex but Kofi punches Orton and sends him to the mat. Kofi with a cross body but Orton rolls over and gets a near fall. Orton with a kick and he sends Kofi to the apron for an IEDDT and Orton hits it. Orton looks around and he prepares for the RKO. Kofi with a rollup and he keeps Orton from grabbing the ropes for the three count.

After the match, Big E and Xavier Woods come into the ring to celebrate with him and Vince McMahon music plays…

Daniel Bryan vs. Kofi Kingston in a Non Title Match

Bryan with more kicks in the corner. Bryan with a running drop kick into the corner and he follows with a second one. Bryan goes for the third one but Kofi with a rollup for a near fall. Kofi with a back elbow and he misses the double jump cross body. Bryan with boots to the head. Bryan sets for the flying knee and he hits it and gets the three count.

After the bell, Big E and Woods hit the ring to check on Kofi as Bryan makes his exit. Bryan raises the WWE Title belt on the ramp as SmackDown goes off the air. 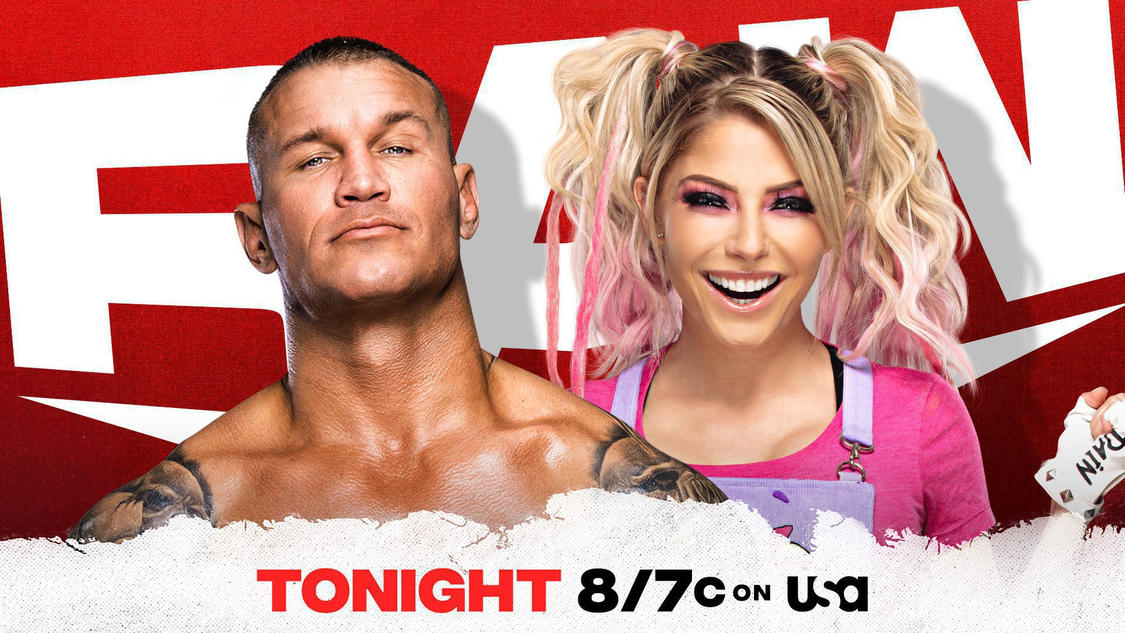 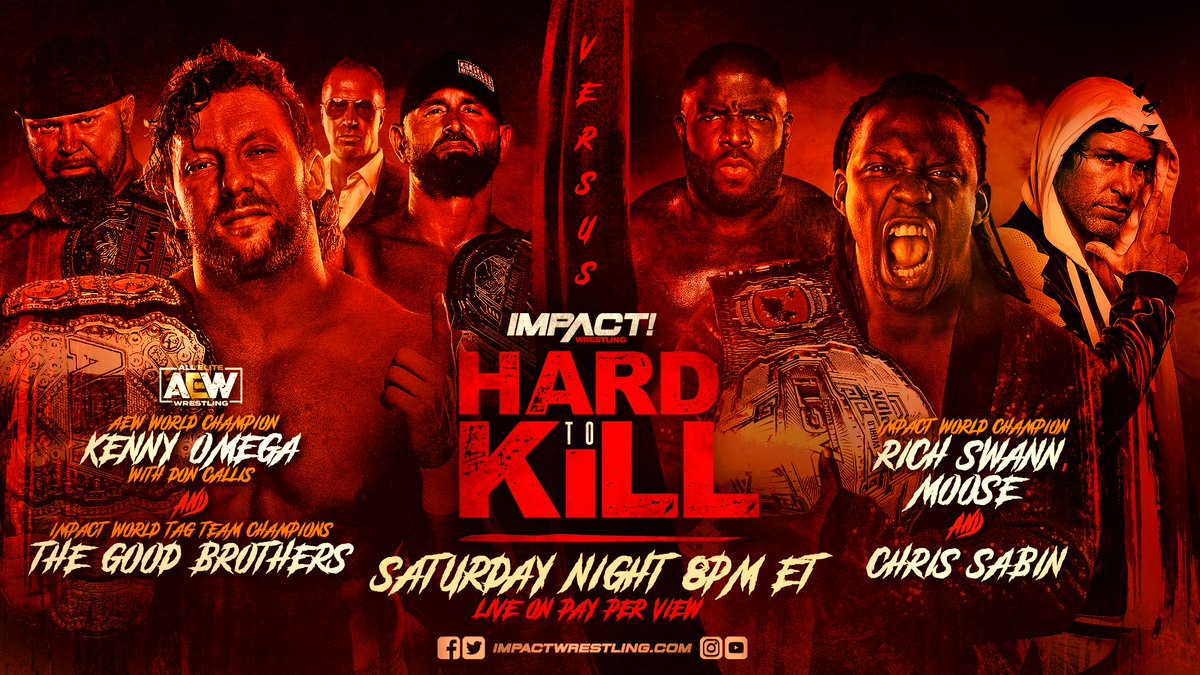