Samoa Joe is out of action with an undisclosed injury, according to the latest Wrestling Observer Newsletter. Joe is advertised for this weekend’s live events but a replacement might be needed because, as of this writing, he has not been cleared.

There’s no word on what the injury is but it is worth noting that WWE usually lists injuries on their website unless it’s a head injury. For example, Sasha Banks was out of action because of post-concussion symptoms and there was nothing said about it on WWE.com.

Joe hasn’t wrestled since losing to Jeff Hardy on the 10/9 episode in a World Cup qualifier.

We’ll pass along an update on Joe when we get it. 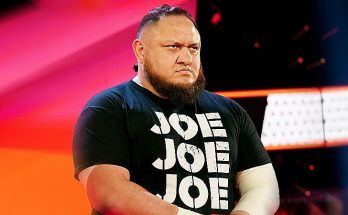