Sting appeared on Apter Chat to catch up with Bill Apter. During their conversation, Sting revealed where he got his famous finishing hold from and it turns out it was something he brought back with him on from an overseas voyage.

“I was fortunate enough in those early days, while I was still with Bill Watts, Bubba from Japan wanted me to come do a show. Bill sent me to Japan and there was a wrestler named Riki Choshu. He used that hold and I went ‘oh, I like that’ and so then the scorpion kinda popped in all at the same time and attempting to brand myself.”

Sting also talked about the emotion he felt when WCW finally came to an end and being taken over by WWE. 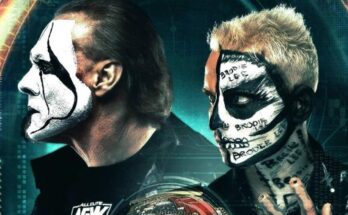