Scott Steiner spoke with WhatCulture discussing his time in WWE, All In selling out in 30 minutes, the G1 Supercard in MSG and more.

Steiner on his time in WWE: “F**king brutal. The 2 times I was up there were the 2 times I thought about quitting. They’re fu**ing weirdos man. The bullsh*t you’ve gotta put up with and now it’s worse because you got one of the biggest c*nts running it, Stephanie McMahon. What the f**k does she know about wrestling?”

Steiner said that he feels bad for the wrestlers because they get pigeonholed with “stupid characters” and they make everyone do the same interviews that creative prints out for them. “It’s not my picture of wrestling was,” Steiner said.

He also said that the death of WCW was the worst thing that could happen to wrestling because WWE is better when they have competition.

“All you need is another big network,” Steiner said on what it would take to compete with WWE. He added that it would take someone with deep pockets like Rupert Murdoch and it would be great for all of the wrestlers. 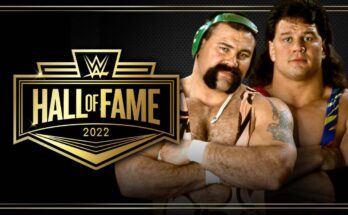