WWE has announced that the 2K Showcase mode will return in the WWE 2K19 video game. The showcase will chronicle the career of Daniel Bryan.

Below is a new trailer and the full announcement on the 2K Showcase returning:

WWE’s “Yes!” Man made a surprise visit to his high school to announce the return of 2K’s popular campaign mode.

The story of Daniel Bryan is ready to be told in WWE 2K19.

Bryan joined 2K last Thursday to confirm the popular 2K Showcase mode will return to this year’s WWE video game. To deliver the announcement, WWE’s “Yes!” Man made a surprise visit to his high school in Aberdeen, Wash., to reveal the details about this year’s 2K Showcase.

Aberdeen High School, which Bryan graduated from in 1999, serves as a starting point for his career in sports-entertainment. Bryan explained that he packed his car and departed for the Shawn Michaels Wrestling Academy just hours after participating in his graduation ceremony.

What is 2K Showcase?

2K Showcase will pick up the story from there, allowing WWE fans to play through a single-player story mode that revisits major milestones in Bryan’s WWE career.

Players will recreate selected matches that made Bryan a household name throughout the WWE Universe and will be asked to complete specific objectives during each bout. Completing each task can unlock playable characters, special arenas and attires, championship titles and more.

During 2K Showcase, players will also hear from WWE’s “Yes!” Man himself about the significance of each milestone and objective along the way. This year’s 2K Showcase includes 15 video interview packages starring Bryan as well as 20 video cutscenes, all designed to emphasize the featured moments.

2K Showcase will also include:

Why did 2K pick Daniel Bryan?

The 2K Showcase is back in WWE 2K19 due to popular demand. So 2K felt it fitting for Bryan to become the face of this year’s 2K Showcase.

2K cited Bryan’s enduring popularity in the WWE Universe and his long road to WWE stardom as the primary reasons for his story being selected for this year’s 2K Showcase.

This mode allows WWE fans to revisit special moments from Bryan’s career that may not have received their proper due, all the while competing in a unique gameplay experience that adds a new dimension of fun to the virtual WWE Universe.

WWE 2K19 is rated “T” for Teen by the ESRB and is scheduled for worldwide release on Tuesday, Oct. 9. 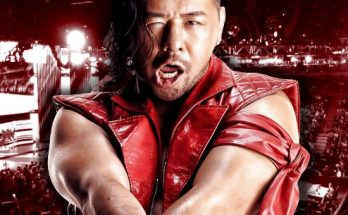