– We noted before how WWE’s return to Saudi Arabia for the second event under the new 10 year deal with the Kingdom would likely come in early November.

PWInsider reports that they have confirmed the event for Friday, November 2. WWE has not officially announced the date as of this writing. No word yet on if the event will air on the WWE Network but we will keep you updated. WWE held their first event in the Kingdom back in late-April, the Greatest Royal Rumble.

– The October 6th WWE Super Show-Down at the Melbourne Cricket Ground in Melbourne, Australia, will have a start time in the United States of 5 AM ET on the WWE Network.

The event was originally scheduled to kick off at 6PM ET locally in Australia but it looks like WWE has moved the start time locally to 7PM, according to the official WWE website.

It still remains unknown if WWE will feature a Kickoff Pre-show for the event but we will keep you updated if we hear anything. 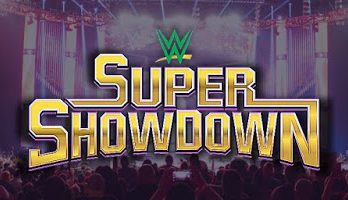