Sami Zayn suffered two torn rotator cuffs and worked while injured until surgery was his only option. He had his second operation on August 7th and updated his fans on his status following his bi-lateral rotator cuff surgery.

Zayn wrestled 163 times in 2017 and he has been in 65 contests so far this year as well, but according to him, he was injured the entire time.

While speaking to WWE.com on June 21st following his first shoulder surgery, Zayn revealed how his injuries progressively worsened and he was surprised to discover he had suffered two rotator cuff injuries, which both required him to go under the knife.

“It started to get progressively worse, so basically, long story short, it turns out I have two torn rotator cuffs,” Zayn told WWE following his first rotator cuff surgery. “The left one and the right one are both torn. I just underwent surgery on the right one, and then in about six or seven weeks, I’ll be undergoing surgery on the left one, and hopefully I can come back healthy and happy.”

Zayn has been working injured for a very long time, but he gutted through the pain in order to perform full-time. He has previous experience with a rotator cuff injury, but his recent afflictions felt different this time around.

As he continued wrestling through the pain, Zayn felt his injuries progress from nagging to something unavoidable. This time off was inevitable for Zayn as he revealed that he’s been working with a bad left shoulder for years.

“I hurt the right one, I kind of waited on that. I tore my left rotator cuff back in 2009 in a match with Kevin [Owens],” Zayn continued. “I knew immediately I was hurt. But with these two tears, I remembered a trauma with the right one, but it wasn’t as severe with what I remembered from a rotator cuff tear. It was sort of a nagging thing that bothered me for a few weeks, and I waited for it to get better, and then it didn’t get better.

“Funny enough, when we were doing tests on my shoulders to see if everything was okay with my right one, my left one turned out to be even worse. And as I had said, that was my ‘bad’ shoulder. So then, the doctor ordered an MRI on my bad shoulder, and that’s when we found out it was torn — the left one, that is.

“That one, I honestly don’t know how long it was torn. It never felt the same from when I first came back three years ago. There’s a chance I re-tore it in rehab or it just progressively got worse; I honestly couldn’t tell you. So, I’ve been working with a bad left shoulder for a couple of years now.”

Zayn updated fans via Twitter following his second surgery to report that he’s feeling “shockingly great.” The former NXT Champion is getting through his rehabilitation without the assistance of pain medication as well and he said that’s not an issue.

At this time Zayn’s return date is unknown, but he could be wrestling again in early 2019, possibly by WrestleMania 35.

Shoulder surgery #2 of 2 in the books and I’m feeling shockingly great.
No pain pills, no problem. pic.twitter.com/PR1CoTuubi 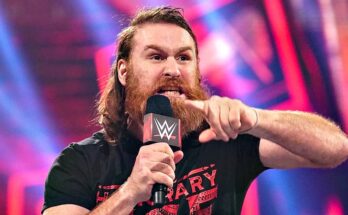