According to @PWStream, the WWE is preparing for Daniel Bryan leaving the company when his contract expires on September 1st. According to the report, WWE is booking Bryan for matches and storylines that were originally planned for the rest of the year.

It was noted that the current plan is for The Miz to interfere in Bryan’s Extreme Rules match to prevent Team Hell No from becoming WWE Tag Team Champions, which will lead to Bryan facing The Miz at SummerSlam. The report also stated that The Miz is slated to win at SummerSlam, although there have been “loose talks” of Bryan winning if he were to sign a contract extension, which would lead to a final match at the Hell In A Cell pay-per-view. Bryan reportedly recently hired the same agency as John Cena for his contract negotiations, which is why he still hasn’t re-signed. 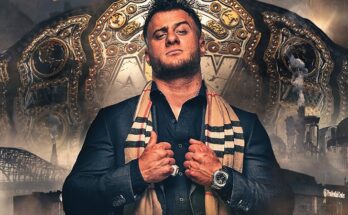