The Matt Riddle-WWE story is no secret to anyone but WWE still wants to keep a lid on announcing anything. Riddle is not allowed to say anything either but it’s been clear for a week that he has signed a deal or will be signing one soon.

CZW’s website is advertising Matt Riddle for this Saturday with a graphic and a caption that reads:

“Don’t miss one of Matt Riddle’s final indy appearances before going to WWE!”

Bryan Alvarez of F4WOnline.com noted the following about CZW’s advertisement:

“You’re not supposed to do that. Matt Riddle is not officially allowed to say he’s going to WWE. It’s one of those WWE rules like you can only make one save in a tag match. You can’t say you’re going to WWE until they announce you’re going to WWE which is ironic because they want other people to announce everything else.” 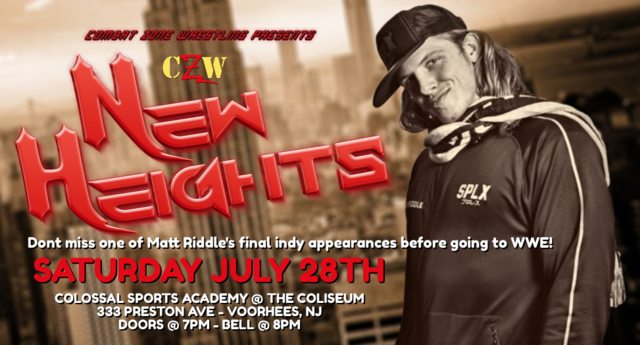 Mick Foley Discusses The Art Of Blading In Wrestling