WWE has announced that Noam Dar underwent successful surgery to his left knee in Orlando on Thursday. The injury came during the Fatal 4 Way on the November 27th RAW.

WWE notes that the injury had been bothering Dar for weeks but his knee went out again this past weekend. He underwent a MRI before this week’s RAW and it was confirmed that he had a meniscus tear. Dar told the WWE website that this was the first time he’d ever undergone an invasive procedure.

Dar commented on his return, revealing that he will be out for 5 months, and The Zo Train with WWE Cruiserweight Champion Enzo Amore:

“We don’t have any confirmed time frame just yet because I obviously need to see the post-op, but it’s more than likely going to be around the five-month mark,” Dar explained. “That would be with me working extensively at the [WWE] Performance Center, so that will make a huge difference. Staying on top of everything so we can hopefully take that time down a little bit.”

“I talked to [Ariya] Daivari, Tony [Nese] and Drew ‘Gaba-Gulak’. Enzo [Amore], I haven’t spoken to yet,” Dar said. “Gulak invited me to ‘Star Wars [The Last Jedi],’ but I’m pretty immobile at the moment. Daivari is obviously upset that he’s lost his rooming buddy, so that would be stressful for anyone. So, he’s going to have a long five months of not having my hilarious companionship.” 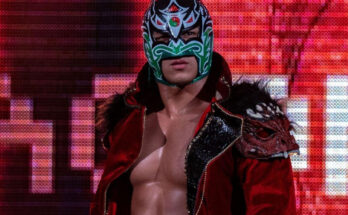