After Cody Rhodes successfully defeated KUSHIDA at Saturday’s ROH Global Wars event in Columbus, Ohio, he talked about doing what he says he’s going to do, whether that’s packing ROH’s shows or breaking their pay-per-view buyrate records.

Roman Reigns caught wind of these claims after several fans tagged him on Twitter and responded by saying, “If that house didn’t draw over 100k. He’s just talking silly.”

I don’t even need to click the link and watch it. If that house didn’t draw over 100K. He’s just talking silly. #WalkOverTalk https://t.co/azQyqDpHUN 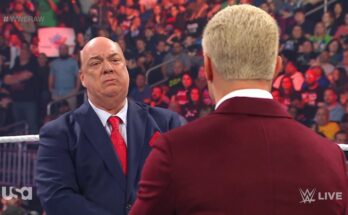