Sami Zayn spoke with Fox Sports on a number of wrestling topics. Here are some of the highlights:

His NXT match against Shinsuke Nakamura at NXT TakeOver: Dallas:

“It was a pretty special match, and I think when we were going into it I knew it would be good, but… I don’t know if it didn’t really hit me how big it is that this is his first match, and it’s my last match. I don’t know, I feel like the stars just kind of aligned that night and created something that’s really special. And the way that I know it’s special is that it’s still talked about now. It’s been a year and a half or something and I still get messages about it almost daily. Something very special occurred that night, and it was really cool. And now to see Shinsuke’s success since then is really interesting. And I’ll get to finally cross paths with him again in the Money In The Bank match. It’s been interesting to watch his trajectory since that night.”

What advice would he like to go back a year and give himself:

“I guess I’d just be ready more for the highs and lows. You know, very few people – if any – come in here and just have a very linear trajectory to the top. It becomes very much… there’s highs and lows. You take two steps forward and you take a step back. Five steps forward, three steps back. It’s not a linear, chronological ascension to the top. You’ve got to kind of get mentally prepared for that. I guess that’d be my advice for anybody from NXT who is going to come up to the main roster. Once you’re prepared to understand that it’s not always going to be smooth sailing, I think it makes the ride a lot more… I don’t want to say ‘bearable,’ but it makes it a lot easier for you to handle it mentally. For as tough as what we do is physically, the mental aspect can be almost as tough, if not tougher.”

Balance between raising the bar and the risk that goes into ladder matches:

“Well it’s a very different game, because also my mentality has changed since 2002. I think I was a lot more drawn, especially back then, to the risks and to the high-flying, high-impact stuff. And it’s not to say that that is gone, it’s not gone, obviously. You see a lot of my matches will have a lot of high-impact stuff, but it’s really to me more about the dramatics, and I think that’s really the name of the game when you get to the WWE. It’s really more about the story and the hunt and the chase and everything else, and I think that’s where the real drama is and the real connections are made with the audience. Don’t get me wrong. Jeff Hardy doing that Swanton off the ladder the first time is something so memorable and you’ll replay that a thousand times over, but really… you know you probably don’t remember every single move that those guys did back then in those TLC matches – those guys being the Hardyz and Dudleys and Edge and Christian. You don’t remember all the crazy moves or the crazy risks they took, you just remember kind of how the matches made you feel, and the ride the match took you on. And I think ultimately that’s more important than any singular move or risk or whatever you want to call it.”

Sami Zayn also discussed traveling to Latin America and the NHL Stanley Cup Finals. You can read the full interview by clicking here. 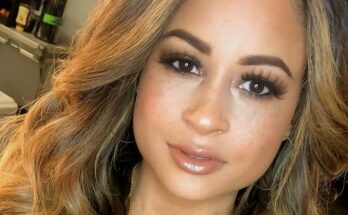 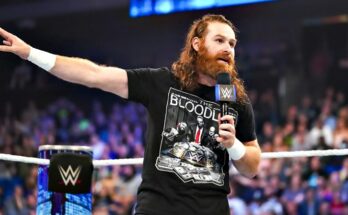