– As noted, Chris Jericho will be joining the Raw brand tours on 6/30 and 7/1 in Tokyo, Japan. His opponent for the first event will be Hideo Itami. Both Superstars commented on their upcoming match:

– According to Pro Wrestling Sheet, Big Baller Brand’s Lavar Ball has been in talks with WWE to appear on Raw when it airs live from Los Angeles.

As seen in the video below, a Reddit user watched Ball’s son Lonzo at the NBA Draft shortly before he was drafted to the Los Angeles Lakers, and during the video it appears Lavar is interested in making some sort of WWE appearance:

– With the return of Mauro Ranallo to NXT, Tom Phillips took to Twitter to let fans know he would no longer be the lead voice for NXT, a place he’s been since 2012. Phillips is currently the Lead Commentator on SmackDown alongside JBL and Byron Saxton.

It has been one of the great joys of my career to be a part of NXT since 2012. I am eternally grateful for the opportunity!
— Tom Phillips (@TomPhillipsWWE) June 23, 2017 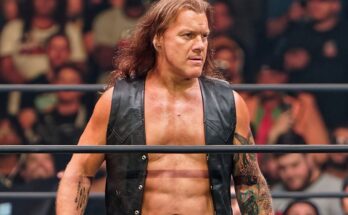