Ring of Honor star Bully Ray recently spoke with ESPN and below are some interview highlights:

The Bully Ray character being too much of a bully for WWE:

“I mean [the WWE] have other characters there that do bully-ish type things, but the whole basis of Bully Ray is he is the quintessential bully. His entire character is built around bullying people. Built around making people do things against their will. And with the business they have going on now — the Be a STAR program and more PG-rated stuff, bullying being such a sensitive subject around an entire world — it just wasn’t gonna work out.”

“Ring of Honor reached out to me I think the day after I left WWE. They were actually interested in bringing in both me and D-Von into Ring of Honor, which would’ve been insane. D-Von had made a life decision where he wanted to devote a little more time to his family and physically in the ring wanted to slow it down just a little bit. I still have gas in the tank. I think Ring of Honor was the perfect place for me to continue as Bully Ray.”

Debuting in ROH being more exciting than WrestleMania:

“I’ve told people that going out there in the Hammerstein for Ring of Honor that night was actually more exciting for me than walking out in front of 100,000 people at WrestleMania. A lot of people say, ‘That’s impossible. It can’t be. You’re crazy.’ For me it’s more exciting because of the intimate feel. When you come up in a company like ECW and you’re used to that intimacy, that’s what you really crave.” 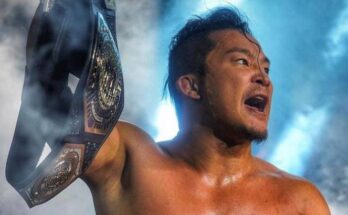