F4WOnline.com is reporting Vader had a bad scare at last night’s Tatsumi Fujinami 45th anniversary show at Korakuen Hall in Japan as he fell down and fainted in the ring.

Right after the six man tag team match featuring Fujinami, Riki Choshu & Shiro Koshinaka against Vader, Keiji Muto & AKIRA, Vader passed out, but ended up being OK and left under his own power. Vader was later out at a post-show party, but it’s unknown if he will still wrestle on scheduled shows on Saturday and Sunday.

It was noted that Vader was originally believed to have passed out due to dehydration, but Vader later commented on his Twitter account and said he passed out due to being dropped on his head during the opening moments of the match. Vader also claimed this had nothing to do with his recent heart condition.

Nikki On If The Bellas Will Be At WrestleMania – WWE HOF 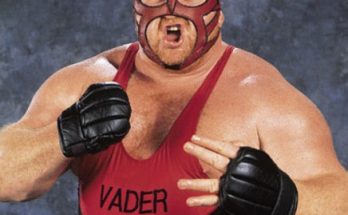