SKY customers in Germany, Austria, and Switzerland will be able to order one of WWE’s biggest events of the year, Survivor Series®, this Monday, November 21 at 1:00 a.m. Central European Time featuring a Mega Match twelve years in the making between WWE Superstars Brock Lesnar™ and Goldberg™ as well as 5-on-5 elimination matches between Superstars from Raw® and SmackDown®.<br />
“We are very happy about WWE coming back to Sky Deutschland,” said Dr. Malte Probst, Senior Vice President Programming Operations & Transactional Business, SKY Deutschland. “With this new long-term agreement with WWE, we can offer our customers many spectacular events, combining the best of sports with top entertainment. This mixture fits perfectly with Sky.”

“We are excited to once again partner with SKY to showcase WWE’s flagship programs Raw® and SmackDown® and our marquee pay-per-view events to our fans in Germany, Austria, and Switzerland,” said Ed Wells, WWE Executive Vice President, International. “This agreement illustrates the power and global growth of WWE, while creating another destination for our fans to enjoy our unique blend of thrilling, family-oriented entertainment.”

With this agreement, SKY plc now distributes Raw® and SmackDown® in three of its biggest markets – Germany, Italy, and the UK.

WWE’s popularity in Germany continues to grow with viewing options that now include SKY Deutschland, ProSieben Maxx, and WWE Network. 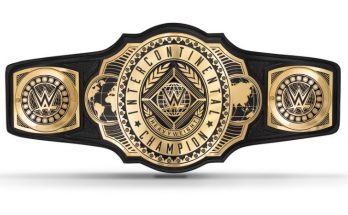