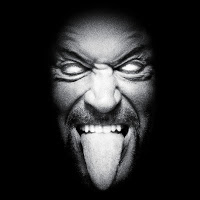 We previously reported The Undertaker, wife Michelle McCool and The Ultimate Warrior’s family were in attendance in at the Cleveland Cavaliers home opener as part of the team’s championship celebration.

WWE set up the appearance and posted about it on WWE.com, but did not mention or show Undertaker posing with team star LeBron James. WWE was going to try and film something for a little publicity, but Cleveland.com‘s Joe Vardon recently explained why James ‘snubbed’ the Phenom.

Vardon explained that while WWE tried to get some press from LeBron wearing an Undertaker shirt last year during the NBA Finals, James does not take part in PR stunts that do not benefit him. It was noted that WWE had Undertaker show up to meet some of the players, but James arrived before Undertaker and claimed to not know he was there. Vardon added that the chance of James seeing anyone without a scheduled appointment, or if you aren’t already a friend, business associate or small child, the odds of the meeting are slim.

The Undertaker Points To Gritty Elements WWE Should Return To