Tonight’s WWE SmackDown opens up with Shane McMahon and Daniel Bryan backstage talking about SummerSlam. Randy Orton appears and Shane has a contract for him to sign to make Sunday’s match against Brock Lesnar official. Someone knocks on the door and in comes Heath Slater with a fruit basket for the blue brand bosses. He tosses an apple to Orton. The basket is addressed to Bob but Slater says it was supposed to say boss. Slater mentions standing toe-to-toe with Lesnar on RAW last night. Shane says that was impressive but he dissed them last week. Orton bites into the apple and says he has an idea. We go to the SmackDown opening video.

– We’re live from Austin, Texas. Maryse is in the ring with WWE Intercontinental Champion The Miz for another episode of MizTV. She gives her husband a grand introduction and fans boo. Miz welcomes us but is quickly interrupted by the music as WWE Champion Dean Ambrose makes his way out to a pop.

Ambrose starts in about how he can’t stand Miz’s voice and SummerSlam… he’s quickly interrupted by Dolph Ziggler making his way out. Ambrose and Ziggler have words and look ready to fight but Miz gets in between them and reminds us this is his show and they are his guests. He invited them to talk, not fight. They end up trading promos as Miz and Maryse watch from the corner. Ziggler lays Ambrose out with a superkick right in the middle of a fiery promo. Ziggler says Ambrose will see he is that damn good on Sunday. Ziggler walks off as his music hits.

– We go to Mauro Ranallo, David Otunga and JBL. Still to come, John Cena vs. Alberto Del Rio and Randy Orton vs. Heath Slater, who has another shot at a contract. Up next, a twelve-man tag team match. We go to commercial.

The Usos, American Alpha and The Hype Bros. vs. The Vaudevillains, The Ascension and Breezango

Breeze and Gable go at it early on. Viktor tags in and keeps control of Gable, talking trash and dropping him for a quick 2 count. Gable counters and tags in Mojo. He takes out Viktor’s leg and nails him in the corner. Ryder tags in for the double team but Konnor makes the save. Everything falls apart and both teams brawl in the ring as we go back to commercial.

Back from the break and The Usos clean house. More chaos with everyone hitting their finishers. The Usos hit double superkicks and then one of them hits a big splash. The finish sees American Alpha drop Aiden English on his head for the win.

Winners: The Usos, American Alpha and The Hype Bros.

– After the match, the babyface tag teams celebrate together in the ring.

– We go backstage to Dean Ambrose and he doesn’t look happy. He faces Erick Rowan after the commercial break. Also still to come, Eva Marie’s “spectacular” debut. Back to commercial.

– Back from the break and we see Eva Marie’s “wardrobe malfunction” from last week. We go to the ring and out comes Naomi with a new entrance. She’s glowing a bunch and dances before passing out glowing swag to the crowd. Eva Marie is out next as the voiceover gives her a grand introduction. The voice immediately announces that Eva is stuck in traffic and will be unable to compete, and she apologizes. Naomi looks upset as JBL rants about how Eva should fire her driver.

– John takes us away from the disappointment of Eva Marie’s continuing problems, we take a look back to Alberto Del Rio’s return to the WWE when he faced John Cena for the United States Title.

Alberto is in the back and AJ Styles stops by to say hello and he says that Alberto gets to knock the smug smile of the guy who runs this place John Cena. AJ says he will have a front row seat tonight. AJ reminds Alberto about what he did to John. Alberto asks AJ if he is done living in the past. Alberto says he has been beating up John Cena for a long time. He does not need AJ out there so he will do it alone. AJ points out that he is in the main event of SummerSlam while Alberto is not on the card. We go to commercial.

We are back with Curt Hawkins facts. He will be coming soon.

After the match, Orton sends Slater to the floor. Slater is thrown over the announce table. Orton drops Slater on the ringside barrier and hits an IEDDT. Orton rolls Slater into the ring and he waits for an RKO but then he gets up and walks around Slater. Orton picks up Slater and hits a German suplex on Slater and does the Brock Bounce. Orton picks Slater up again and hits another German suplex and then Orton twists to the mat and does the RKO push ups and hits the RKO.

– Erick Rowan appears on the TitanTron with Bray Wyatt and Bray tells Austin, they’re here. We go to commercial.

We are back and Heath Slater is being checked out in the trainer’s room and he has to lay down from all of the pain. Daniel and Shane come in and Shane says that since Randy was disqualified, he won. Slater says he showed Brock and Randy no mercy. Daniel says that is a good name for their show in Sacramento. Heath says that he likes Holy Foley and he is much better than that other guy.

Slater demands a pen. Shane gives Heath his contract and Slater says Shane looks so beautiful tonight and he calls Shane “Stephanie”. Shane takes the contract from Slater and they leave.

– We see Bray Wyatt and Randy Orton cross paths during the commercial break.

Ambrose with forearms but Rowan pushes Dean away and connects with a shoulder tackle. Rowan runs Ambrose into the corner and Rowan tries for a slam but Dean with a kick and he goes for a double underhook DDT. Ambrose drop kicks Rowan to the floor and Ambrose with a suicide dive. Ambrose sends Rowan into the ringside barrier and then he goes for a cross body but Rowan catches him and hits a spinning power slam while Bray is in Rocking Chair 2.0.

– After the match, Ambrose stands tall with the title as Wyatt looks on, still in the rocking chair. Ambrose leaves and Wyatt just stares at a sheep mask in his hand. He drops it in the chair and walks off with his back to Rowan. Mauro speculates that this could be the end of Rowan and Wyatt. Back to commercial.

Carmella and Becky Lynch vs. Natalya and Alexa Bliss

Carmella and Natalya start things off and they lock up. Carmella with forearms and a satellite head scissors. Natalya with a discus clothesline and then she goes after Becky before returning to Carmella and she tags in Alexa. Alexa slams Carmella’s head into the mat and then she stands on Carmella’s back and shakes the ropes before getting a near fall. Alexa with a reverse chin lock. Carmella with a jaw breaker and Natalya tags in and so does Becky. Becky with a forearm to Alexa and she sends Natalya into Alexa and hits a kick on Natalya. Becky with clotheslines and a leg lariat followed by a running forearm into the corner.

Becky with an Exploder for a near fall. Natalya with forearms and then both go for cross body presses and both go down.

The lights go down and EVA MARIE HAS ARRIVED and she is introduced by the special disembodied voice.

The introduction is interrupted by Naomi who makes her way to confront Eva.

Naomi chases Eva into teh ring and Natalya sends Naomi to the floor. Natalya rolls up Becky but Becky with the DisArmHer and Natalya taps out.

After the match, Naomi joins the celebration. We go to commercial.

– We are abck and Baron Corbin has Kalisto against the loading dock door until security and officials come to stop things. Baron says he does what he wants to who he wants.

– We have a video package for the Randy Orton and Brock Lesnar match.

– We are told that there will be a six woman tag match on Sunday featuring the Smackdown Women’s Division.

– AJ Styles makes his way to the ring to join the announcers for the next match. Back to commercial.

We are back and Del Rio with a chop off the top turnbuckles for a near fall. We see footage from the break when Styles stood up to John Cena but Cena turned around into a thrust kick. Del Rio with a reverse chin lock. Del Rio with a punch and he goes for a splash near Cena but goes through the ropes when Cena moves. Cena sends Del Rio back into the ring and he gets Del RIo up but Del Rio gets back to his feet and he hits a German suplex and gets a near fall.

Del Rio signals for the cross arm breaker and Cena counters and applies the STF. Del Rio gets to the ropes and then he kicks Cena in the midsection. Del Rio with a thrust kick and he gets a near fall. Cena gets Del Rio on his shoulders but Del Rio counters into a cross arm breaker. Cena picks up Del Rio and hits a one arm power bomb. Cena gets Del Rio up for the Attitude Adjustment for the three count.

After the match, AJ gets up from the announce table and he hits a Phenomenal Forearm on Cena.

Styles takes the mic and he says he is sick and tired of hearing “The Future goes through John Cena”. This Sunday, when he beats you, AJ says he will be the face that runs this place. You say you love the WWE, that is great. AJ says that he already told John that his time is up and AJ’s time is now.

AJ gets ready to leave the ring but he thinks about it and he tries for the Styles Clash but Cena hits an Attitude Adjustment. 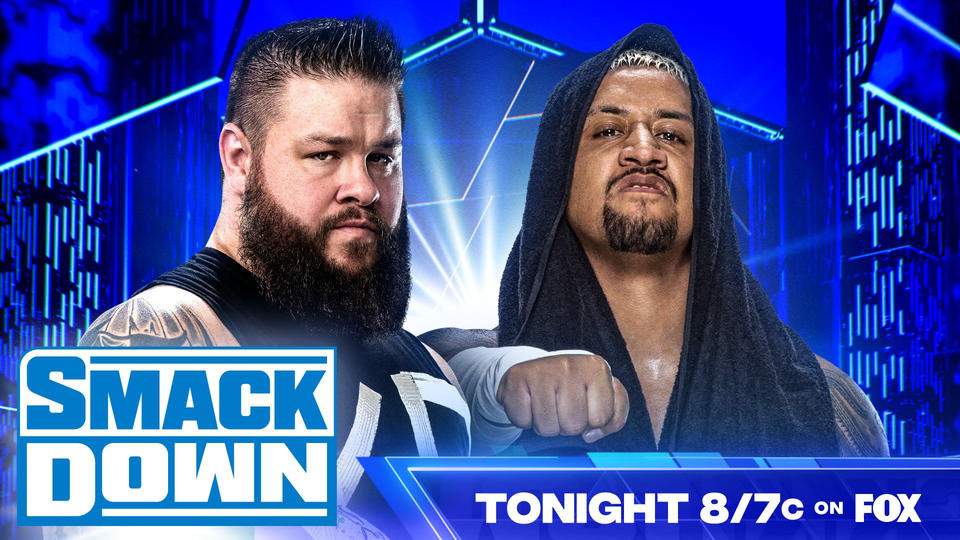