In addition to Rich Brennan, WWE parted ways with Kyle Edwards this week.

Edwards, whose real name is Arda Ocal, announced Friday on Twitter that he has parted ways with the organization.

I have parted ways with the WWE! No hard feelings what so ever. Time to move on to a new chapter. #GoodVibesAndPositiveThoughts
— Arda Ocal (@KyleEdwardsWWE) April 29, 2016

In addition to appearing on the WWE Network, Edwards hosted Bottom Line and WWE Experience. He joined WWE in fall 2014 after hosting a number of humorous “weathertainment” segments for The Weather Network in Canada. 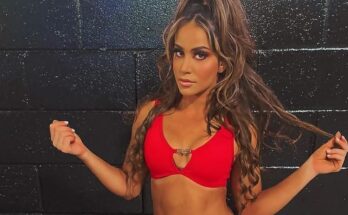